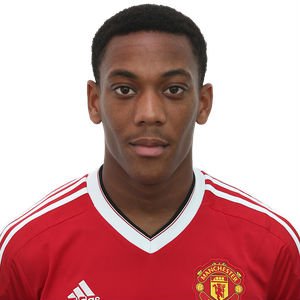 French young talent Anthony Martial currently plays as a forward for the Premier League club Manchester United besides appearing regularly for the French national football team. He first created a buzz in the football world after winning the Golden Boy Award for being the best under-21 footballer in Europe in 2015. He started his football journey with his native side Les Ulis but started his professional football career at Lyon. Martial then joined French Ligue 1 club AS Monaco in 2013, for a transfer fee of €6 million.

After playing for Monaco for two seasons, he signed for Manchester United in 2015. And reportedly, Manchester United has paid around €40 million initial fees for his transfer. He then created another buzz after scoring at his debut match for Manchester United. Besides, he also received the Premier League Player of the Month award in his debut month for the Red Devils. Besides club football, Martial also represented the French national side’s U-16 to U-21 squads. He then made his senior international debut in 2015.

Martial started his footballing career with the youth academy system of the Paris-based club, CO Les Ulis, in 2001. He joined the club at the age of just six and went through a rigorous training session for eight seasons till 2009. Patric Evra closely monitored the development of Martial in those days. And interestingly, Evra allowed him to play in one of his pair of boots at the age of just 12. Martial’s development at the academy caught the attention of several football clubs. Besides, he also went for a trial at Manchester City in the 2006-07 season.

After being spotted by a scout, Martial joined the youth academy system of Olympique Lyonnais in 2009, at the age of just fourteen. He caught the attention of club officials when he scored 32 goals in 21 games in his second season with the club. His performance for the U-17 team also earned him a place in the French team for the 2012 UEFA European Under-17 Championship in Slovenia. Shortly after, he made his senior professional debut for Lyon in a Europa League group stage match against Hapoel Ironi Kiryat Shmona on 6th December 2012. Martial then made his Ligue 1 debut against Ajaccio on 3rd February 2013.

Martial joined the French Ligue 1 club AS Monaco on a three-year contract on 30th June 2013. Monaco reportedly paid €5 million plus bonuses to get him on their side. Shortly after, Martial made his league debut against FC Nantes on 24th November 2013. He then scored his first goal against Rennes at the Stade Louis II on 30th November 2013. Martial signed a four-year contract extension with the club on 27 January 2014 which would have kept him at the club till June 2018.

During his second season with AS Monaco, Martial created sensation throughout the media after scoring 9 goals in 36 French Ligue 1 games. He then scored his first brace against Bastia on 13th March 2015. Martial further signed another contract extension on 26th June 2015 which would have kept him at the club till 2019. He then scored his first European competitive goal in the UEFA Champions League qualifying match against BSC Young Boys on 4th August 2015. 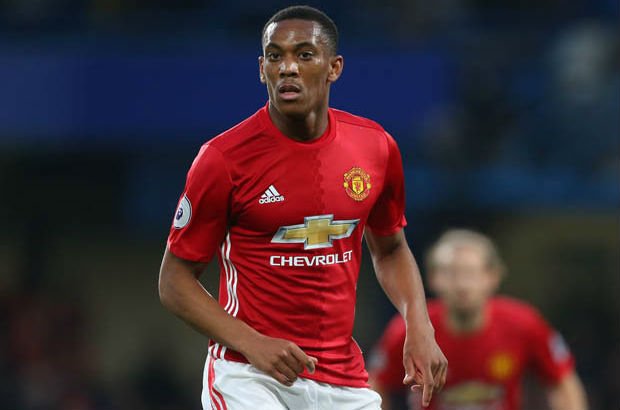 Martial signed a four-year contract for nearly €40 million with Premier League club Manchester United on 1st September 2015. He made the record of the highest transfer fee paid for a teenager with his joining. He then made his debut for the Red Devils against Liverpool on 12th September 2015. Interestingly, he scored his first goal in his debut match which created a solid buzz in the English media. In his debut month of September 2015, he received the ‘PFA Fan’s Player of the Month’.

He scored three goals in two matches that he played for the Red Devils in his first month at the club. One of the greatest football managers, Sir Alex Ferguson, praised him while stating “he can do anything.” Martial received the Golden Boy Award for being the best U-21 player on 19th December 2015. He scored 11 goals in the Premier League and 17 goals overall in his debut season. Shortly after, he made his European competitive debut in the 2017 EFL Cup Final on 26th February 2017.

Martial caught the attention in the international circuit while scoring five goals in the 2012 UEFA European Under-17 Championship qualification rounds. He then represented the French U-19 team at the 2013 European Championship in Lithuania. Martial, on that occasion, helped the squad to become the runners-up in the competitions. Besides, he has also achieved his place in the Team of the Tournament.

Martial has earned his first senior call-up for the French team on 26th August 2015. He has earned his place in the squad to play friendly matches against Portugal and Serbia in September 2015. He then made his senior international debut against Portugal at the Estádio José Alvalade on 4th September 2015. Shortly after, Martial made his first start against Denmark at Parken Stadium on 11th October 2015. Recently on 17th May 2018, he has earned his place in the 23-man French squad for the 2018 FIFA World Cup in Russia. 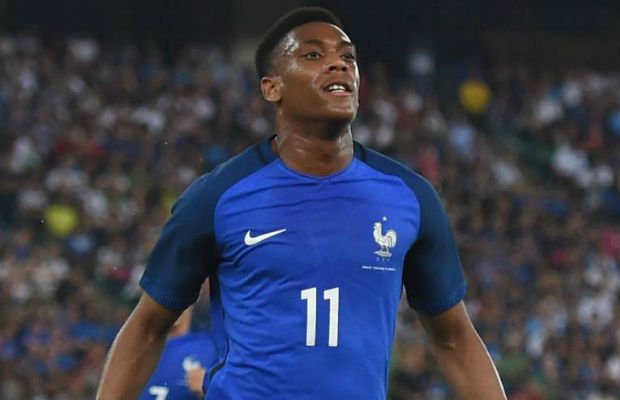 Born in Massy, Essonne, Anthony Joran Martial is of pure Guadeloupean descent through his father’s side. However, he was raised by his parents, Joran Martial and Audrey Martial, on the French mainland. His older brother, Johan Martial, is also a professional footballer and currently plays as a defender for the Israeli club Maccabi Petah Tikva. His older brother, Dorian Martial, also plays football professionally and is now associated with Les Ulis. Anthony has two daughters, Peyton and Toto, with his ex-wife Samantha Helena Jacquelinet. Interestingly, he is now dating the famous reality TV star Melanie De Cruz since 2016.

The current net worth of Anthony Martial is estimated to be around €70 million as of the ongoing football season of 2018-19. His current market value now stands at €65 million as of 2018. He gets nearly €85,000 weekly wage from his current Premier League team Manchester United. Besides his footballing income, he also made his wealth through several personal sponsorship deals with mega brands such as Nike.

With Manchester United, Martial won both the FA Cup and FA Community Shield in 2016. He then helped the club to secure both the EFL Cup and UEFA Europa League in the 2016-17 season. With France, Martial became the runners-up at the UEFA European Championship in 2016. Besides his team’s success, he has several accolades under his name. Some of the noted individual awards that he received till now are as follows: