India achieved their best ever Asian Games medal haul in this edition. But, the tally could have been better if several big names could deliver their peak performances in the event. India achieved 15 gold medals, the same as their gold medal count at the 1951 Delhi games. Moreover, they achieved 69 medals in total, surpassing their 65 counts of the medal at the 2010 Guangzhou event.

Besides, India also collected 24 silver medals and 30 bronze medals in this edition. India participated in 28 disciplines and had sent 541 sportsmen in the 2014 Asian games and got 57 medals. But this year, they achieved 69 medals from 570 athletes that they sent in the 36 disciplines. Even after this impressive medal haul, India failed to come under the top five and finished in the 8th position of the Asian Games final tally. 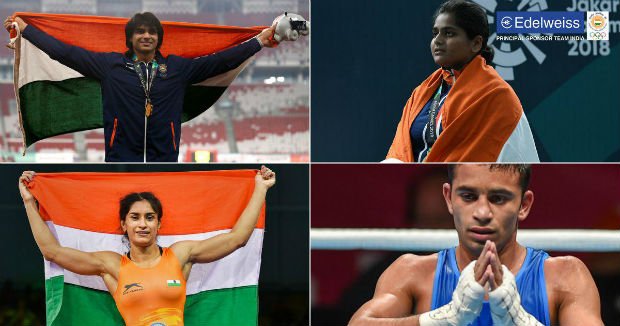 Indian sportsmen displayed some impressive performances in the Track and field event. But sadly, they failed to do well in the events like Kabaddi and hockey where they were the clear favorites. Moreover, fans had high expectations in several events such as shooting, archery, and wrestling. But the performances were below average. On a positive note, India representatives displayed some great performances in events like table tennis, kurash, wushu, and bridge.

Athletics: India achieved a total of 19 medals which include 9 gold in the athletic events. Manjit Singh achieved the gold at the 800-meter event, Jinson Johnson at the 1500 meter event, Hima Das, VK Vismaya, MR Povamma, and Sarita Gayakwad at the 4×400 quartet. Neeraj Chopra got the gold at the Javelin event and Tajinderpal Singh Toor got it for the Shot Put event.

Women’s Hockey: India defeated China and South Korea en route their final appearance against Japan. Even after an impressive display, they failed to secure the gold and received the silver instead after a tragic defeat against Japan. But, their gameplay will definitely boost their confidences in the upcoming mega-events like the Olympics and World Cup. 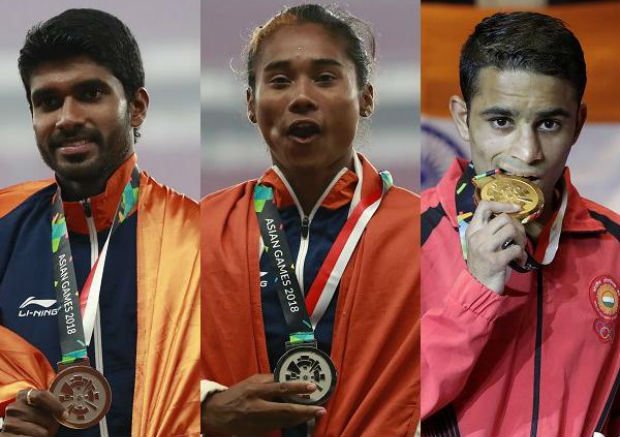 Indian participants at the Asian Games 2018

Wrestling: India participated in the wrestling events having strong representatives. The fans also had high hopes on them. Needless to say, their wish got fulfilled as Olympic medalists Vinesh Phogat, Bajrang Punia, and Sushil Kumar claimed the gold medals.

Bridge: 60-year old Pranab Bardhan and 56-year old Shibnath Sarkar won the 15th and final gold for India in the Asian Games. Interestingly, Bridge was played for the first time this year and India duo got their hand on the first ever Bridge Gold Medals at the Asian Games.