Cristiano Ronaldo’s girlfriend Georgina Rodriguez is having the time of her life, spending what looks like her happiest days with her kids. She might be biologically linked to only Baby Alana Martina, but she took the twins into her arms from the moment they arrived from the US to Spain to be with Cristiano Ronaldo’s family. The infants are a big part of her life, and the new mother spends a lot of her time with them in their beautiful nursery. And she has just shared some fun moments with her fans as CR7 girlfriend posts contrasting pictures with Baby Alana and twins. 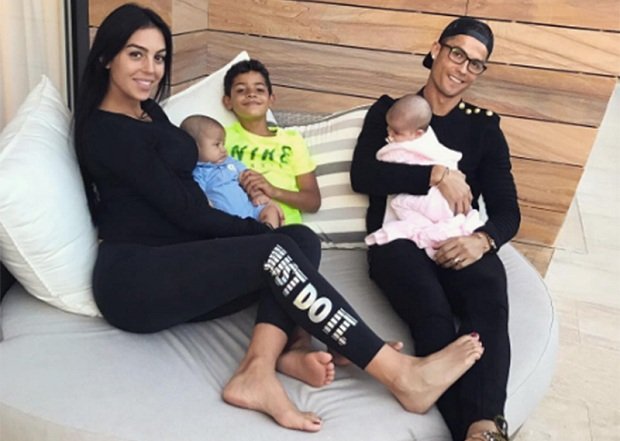 Georgina’s Instagram post bears the caption, ‘EXPECTATION VS REALITY’, with two pictures, one of which shows her in a relaxed and fresh manner, while in the other picture, she looks exhausted. The pictures basically show the reality of parenthood. Every parent hopes that their time with infants will be all fun and giggles, but in reality, the little ones can leave the adults extremely tired. And, that is exactly what is happening in these pictures.

The 24 years old Spanish model was a dancer once, and even after she birthed her first baby, Alana Martina, on 12 November 2017, she has managed to be in great shape. She has also taken care of Eva and Mateo, Cristiano Ronaldo’s twins who were born five months before Baby Alana to a surrogate mother. Let’s not forget that she has always shared an amazing bond with CR7’s eldest son, Cristiano Ronaldo jr., who is now seven years old. 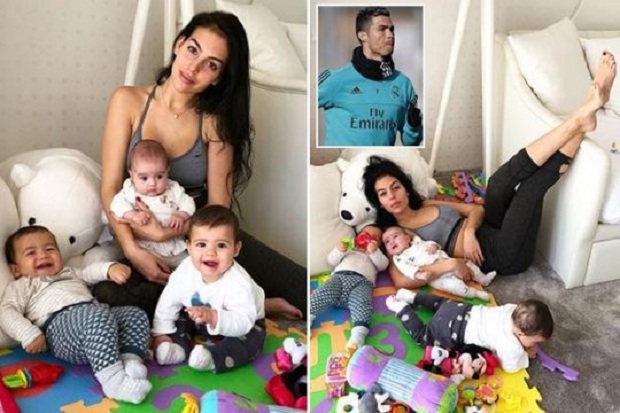 In the Instagram pictures, Georgina has tried to put up the daily truth of parenthood, and what it really looks like. The first picture, which she has captioned as “perfect”, shows her sitting pretty amid her happy, smiling children, as she poses in a poised manner. The second one shows the toddlers lying around spread-eagled, while Georgina, looking tired, lies on the carpet while her feet rest on a sofa.

It seems that being the girlfriend of the world’s richest athlete doesn’t make parenting any less difficult.