Cristiano Ronaldo’s life isn’t easy. Wherever he goes, he gets hogged by fans who want to shake his hands or take a selfie with him. He is known for doing some amazing things for his fans, but he is also often seen trying to take a disguise, hiding himself from his fans. And recently, he was seen trying to sneak out of a Madrid restaurant while Cristiano Ronaldo hides face from his fans with a black scarf. 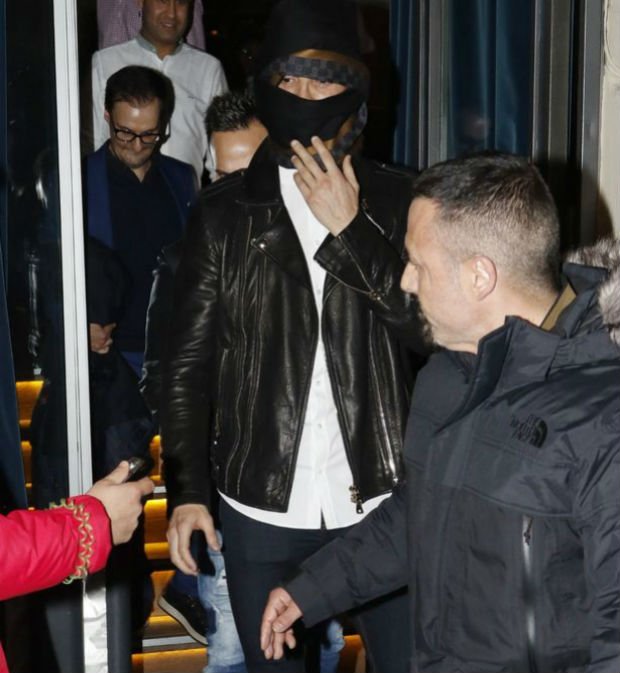 The 32 years old Real Madrid star and one of the greatest footballers of all-time had his face wrapped in a scarf, as he tried to avoid getting recognized and hogged by his fans, while walking towards his car. However, fans being fans, they saw through his disguise and recognized him immediately, thus going after him anyway, and he was clicked with the scarf on.

Ronaldo is likely to sit out in the second leg match of Copa del Rey match for the last 16, which will be held against Numancia. Real won the first encounter against them with a score of 3-0. In their last match, which was against Celta Vigo, they only managed to have a draw, over which the team is still grieving. In fact, during the match, Zidane’s team was one goal behind Celta until Bale managed to send the ball into the box twice, putting the team in the lead. However, with 8 min to go, Celta again claimed a point with Maximiliano Gomez leveling the scoring. 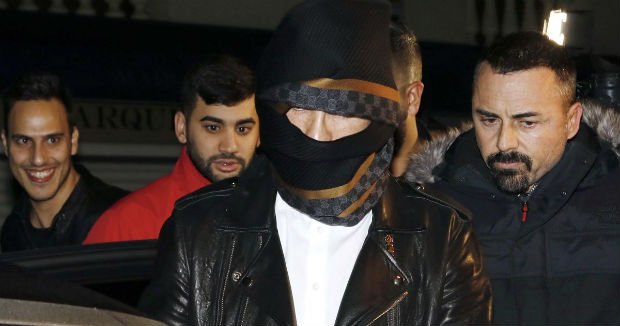 Cristiano Ronaldo trying to hide his face in Madrid

Real Madrid is currently in the 4th place on the La Liga table, with a gap of 16 points with chart leader and arch rival Barcelona. Marcelo has urged the players to put their best efforts forward and get out of the mess soon. Be believes that the team is sunk, and they are all sad about it. He added that even though the team is working hard to improve their situation, they are not at all happy about their current condition. With more draws and losses, the pressure on the players is naturally increasing. And at that time, the players feel incapacitated. Marcelo added that they are doing what they can and trying to play good soccer, trying to pass the ball around and score goals, but it isn’t happening for them.

Ronaldo, who was one of the key players in leading the team to win the La Liga and Champions League titles, has not been in good form in this season either.