Recent revelations have made it public that Cristiano Ronaldo, the wealthiest player of 2017, and the most expensive transfer of his time, currently earns less than half of what his Barcelona rival, Lionel Messi earns. Seemingly, CR7 is upset about the fact, and about not being offered a higher salary at Real Madrid, and has even demanded a raise of his salary. And now, he has received support in this from Manuel Pellegrini, the coach of Hebei China Fortune FC who recommends same pay for CR7 and Messi.

CR7 has an equal number of Ballon d’Or awards as Messi, i.e. five each, which makes the two players share the top position on the list of players with the highest number of the Golden Ball. In the last season, he helped his team lift both Champions League and La Liga trophies. In fact, he has helped Real win three among four of the last Champions League titles. Ronaldo is Real Madrid’s all-time highest goal scorer, with 426 goals in 420 games. He has set a number of other team and individual records.

Messi has his own set of world records. The entire world of football is divided into two groups – one that loves Messi, and the other that worships Cristiano Ronaldo. But, these fans all know that each in their own way is a great footballer, and soccer fans consider themselves lucky to be able to live during the same time as these two players.

Reportedly, Messi earns €46 million, i.e. R681 million, annually from Barcelona as a result of the recent contract extension he had. CR7, on the other hand, earns €21 million i.e. R311 million, which is less than half of Messi’s salary. This huge gap has seemingly left the Portuguese player upset and frustrated, and how, he has received the support of the current boss of Hebei China Fortune, Pellegrini, who wants to see the same pay for CR7 and Messi. 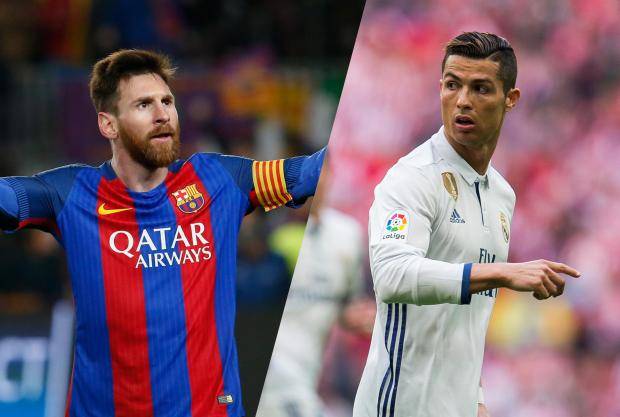 He has backed Ronaldo by saying that even though the Argentine has the natural ability to play soccer that no one can parallel, Cristiano Ronaldo deserves massive praise as an amazing professional because of his efforts and great ambition. He continued that CR7 may not have similar technical qualities as those of Messi, but whatever he has allowed him to be at par with Messi’s gameplay for years. He concluded that the two deserve to be the world’s highest-paid players.