Cristiano Ronaldo has three beautiful kids who are less than 1 year old. And with three such tiny tots in the house, it’s quite natural that Cristiano Ronaldo and his girlfriend Georgina Rodriguez have turned a section of their house into a lovely nursery. Georgina just gave us a peek into the beautiful nursery of their children, as she posted a picture of the large room on Instagram, in which the three babies slept by each other’s side, in three different cots. Check what why Georgina Rodriguez shares picture. 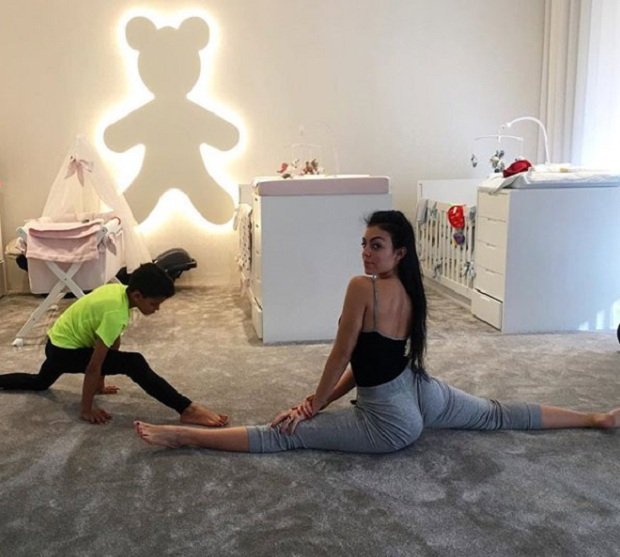 The photo post also showed Georgina sitting in a split position to work out – thus begging the question whether she ever sits normally when she is not in a formal setting – with Cristiano Ronaldo jr. attempting the split right beside her. Georgina sure is proud of the seven years old, because she mentions in the caption that her child is the most flexible in the world.

The room is in the picture has a neutral colour on the walls, with a glowing silhouette of a bear on the wall. The floor is covered with a grey, velvety carpet, stretching from one end of the floor to the other. The beds of the children were also unique. The smallest bed is a Moses basket with pink bedding obviously belongs to the couple’s newest child, while two similar looking cots belong to the twins. 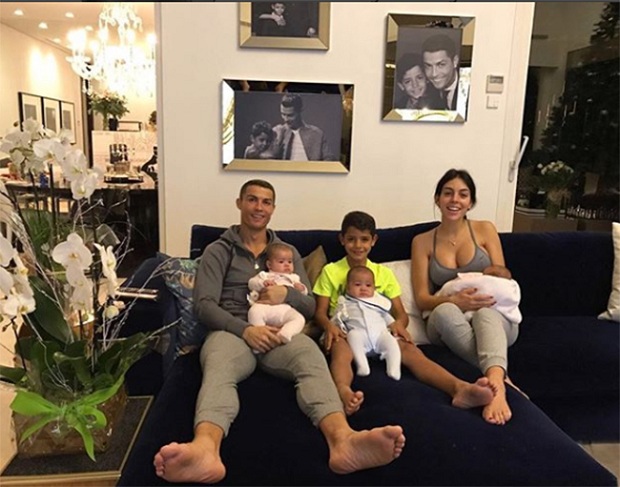 Cristiano had his twins in June 2017, and their biological mother’s identity is not revealed, as she was a surrogate. The smallest child, Alana Martina, whom Georgina gave birth to, was born in November. While this arrangement has been considered odd by many of the haters, this is a true example of a modern family, and Georgina has lovingly taken the role of all the children, and not just her biological daughter. While talking about the growing family in a recent interview, she said that it has brought them closer than ever, and that the children are their joy.