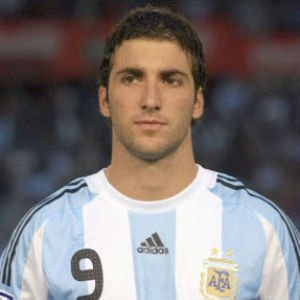 Argentina football star Gonzalo Higuain currently plays as the striker for the Italian Serie A club AC Milan besides making regular appearances for the Argentina national football team. He recently moved to Milan on a season-long loan deal from Juventus this year. Nicknamed ‘El Pipita’, he belongs to a football family as his father also played it professionally as a defender. Born in France, he received his Argentine citizenship in 2007 and currently had dual citizenship. Higuain Started his footballing career with River Plate and took his transfer to one of the richest football clubs, Real Madrid, for a €12 million fee in 2007.

After his success at Madrid, he received €40 million transfer fee for joining the Italian side Napoli in July 2013. He equaled Gino Rossetti’s long-standing record in 2015-16 by scoring 36 league goals in Serie A. Shortly after, Juventus signed him in 2016 for a record transfer fee of €90 million. Gonzalo Higuain became the most expensive South American footballer of all time with that transfer. However, Neymar surpassed that record in 2017 with his PSG transfer. Besides his club success, he also represented Argentina in several international platforms. He represented his nation in three world cup editions till now. 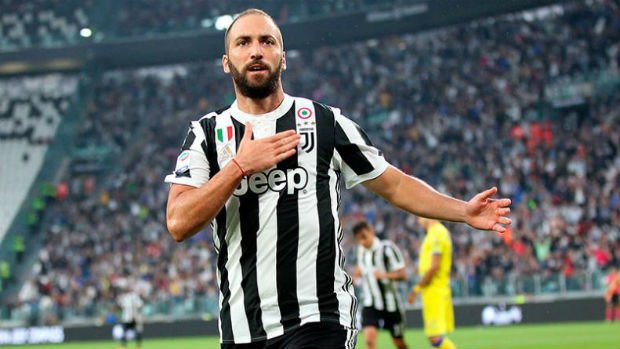 Higuain started his football journey with the youth academy system of River Plate. He then made his first team debut with the club on 29th May 2005 against Gimnasia y Esgrima. Shortly after, he scored his first senior goal against Banfield on 12th February 2006. He made 12 appearances and scored 5 goals in his debut 2005-06 season. Higuain first created a buzz in the football circuit after scoring a brace against Boca Juniors in the Superclásico derby on 8th October 2006. He scored 10 times in 17 league appearances in the 2006-07 season. For his amazing performances and creative skills, River Plate then manager Daniel Passarella stated that Higuain will have an “enormous future”.

Higuain first got his big break when Real Madrid signed him for €12 million in December 2006 from River Plate. He then made his debut for the club in the Copa del Rey second round match against Real Betis on 11th January 2007. Shortly after, Higuain made his La Liga debut against Real Zaragoza on 14th January 2007 at the Santiago Bernabeu. He scored his first goal for Real Madrid in the Madrid derby against Atlético Madrid on 24th February 2007. Interestingly, he got his first score in an away match at the Vicente Calderón Stadium.

The following year, he scored his first El Clásico goal against Barcelona on 8th May 2008. He received much applause as he scored the goal just 57 seconds after coming off the bench. That same year, he scored and helped Real Madrid to win the Supercopa de España against Valencia in August 2008. Higuain scored 27 league goals in the 2009–10 season and became the top goalscorer of Real Madrid. Besides, he also became the second highest goalscorer of La Liga, only behind Lionel Messi. Shortly after, Higuain signed a new contract extension with the club in June 2010. That contract would make him stay at the Santiago Bernabeu till 2016. He then scored his 100th La Liga goal against Deportivo de La Coruña on 23rd February 2013.

During his tenure, Real Madrid had a number of successes, which are as follows: 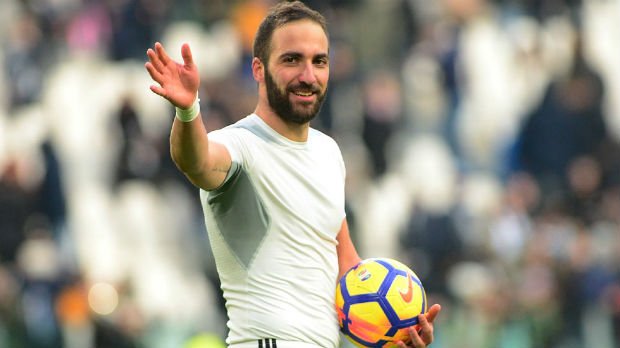 Higuain signed a five-year deal worth €40 million with the Serie A side Napoli on 27th July 2013. The club assigned him the prestigious ‘Number 9’ shirt upon his arrival in Italy. He then played his first match for the club in a pre-season friendly against Benfica on 10th August 2013. Surprisingly, he also scored his first ever goal for Napoli on that same debut match. Shortly after, Gonzalo Higuain scored his Serie A debut against Bologna on 25th August 2013. He then scored his first goal for Napoli in a 4-2 away victory against Chievo on 31st August 2013.

Higuain joined Juventus on a record transfer fee of €90 million on 26th July 2016. He became the highest ever transfer for a Serie A club with his club shift. Undoubtedly, his transfer is still one of the costliest transfers in the football history. He then made his debut and scored his first goal for Juventus against Fiorentina on 20th August 2016. The next month, he scored his first brace for the club in a home-win against Sassuolo on 10th September 2016.

Gonzalo Higuain scored 24 goals in his debut season for Juventus. And with that, he became the first player ever to achieve that feat since Omar Sívori and John Charles did that in the 1957–58 season of the Serie A. Shortly after, he scored his 100th Serie A goal in the Juventus vs. AC Milan match on 28th October 2017. This year, Higuain joined AC Milan from Juventus on a season-long loan deal on 2nd August 2018. AC Milan would pay €18 million worth of loan amount to Juventus in the 2018-19 season according to the official statement. 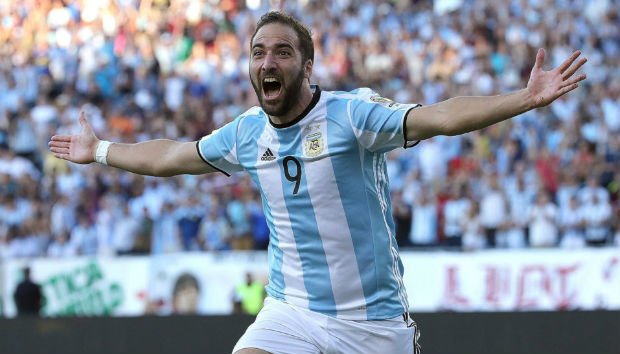 Higuain earned his first call-up for the Argentine senior team for a friendly game against Guatemala in February 2008. Surprisingly, he scored a brace in his debut match and helped his nation to secure a 5-0 victory. One of the greatest footballers and Argentina’s then-coach, Diego Maradona, included him in the first squad to play 2010 FIFA World Cup qualification matches against Peru and Uruguay. Higuain made his competitive debut and scored his first goal against Peru on 10th October 2009. He then scored his first hat-trick for Argentina in a 2010 FIFA World Cup group stage match against South Korea.

He then became a member of the Argentine squad for the 2011 Copa América under Sergio Batista. Two years later, he scored a brace against Venezuela on 22nd March 2013. He attended 9 goals with that score and became the South American top scorer in the World Cup qualifiers. Higuain again created a buzz after scoring the winning goal against Belgium in the 2014 World Cup quarter-final. Tragically, he only managed to score just once in nine appearances during the 2018 FIFA World Cup qualifying campaign. He then appeared in all three group-stage matches but failed to score any in the 2018 FIFA World Cup.

He has helped the team put up some amazing displays so far, including:

Born in Brest, France, Gonzalo Higuain is of pure Basque descent through his father’s side. Jorge Higuain, his father, also played football professionally for Stade Brestois 29 during his heydays. Higuain left France at the age of just ten months but still retains his French citizenship. He applied for Argentine nationality in January 2007 and currently has dual citizenship.

Higuain has two elder brothers, Nicolas and Federico, and has one younger brother, Lautaro. Interestingly, Federico also plays football professionally for the Major League Soccer franchise Columbus Crew as a forward. Higuain met his girlfriend Lara Wechsler during his time at Napoli and currently has a relationship with her since 2016. The couple now has a baby girl together, born on 21st May 2018, named Alma Higuain.

The current net worth of Gonzalo Higuain is estimated to be around €14 Million according to the recent reports. Besides, his market value now stands at €55 Million as of the ongoing football season of 2018-19. However, he attended his highest market value of €75 Million in October 2016. He earns nearly €7.7 million yearly salary from his current Serie A club AC Milan. Besides his football earning, he also made his wealth through many endorsement deals.

With Real Madrid, he achieved the La Liga thrice and the Supercopa de España twice. Besides, he also achieved the Copa del Rey in 2011. With Napoli, he won both the Coppa Italia and Supercoppa Italiana in 2014. With Juventus, he achieved both the Serie A title and Coppa Italia twice consecutively in 2017 and 2018. Besides his club success, he also achieved several individual awards till now. Some of the most notable awards that he received are as follows: