10 years of IPL success have completed with the 2017 IPL edition, now it’s time for IPL 2018, which will be the 11th edition of its own kind. One can’t take credit away from the Indian Premier League for revolutionizing the game of cricket as it has done wonders in bringing new talent and making them stand along some of the biggest cricketing superstars out there. 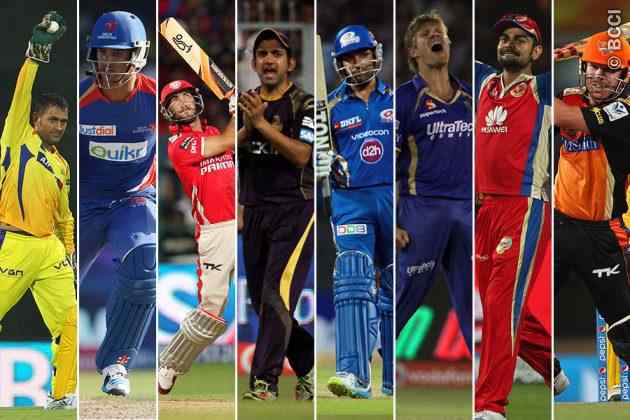 The most exciting thing IPL-fans are looking out for in this IPL edition is the comeback of the IPL franchises Chennai Super Kings (CSK) and Rajasthan Royals, who’ll be back in the business after facing two-years suspension over illegal betting activities.

It will be relevant to mention here that IPL franchises Gujarat Lions and Rising Pune Supergiants would have to leave the space for the veterans Chennai Super Kings and Rajasthan Royals. Giants and Lions were part of this world-class T20 league for the course of two years as a substitute of the Kings and Royals.

It should be kept mention here that the teams like Gujarat Lions and Rising Pune Supergiants will be bidding adieu as Chennai Super Kings and Rajasthan Royals will be back in the business after facing 2-years suspension.

As there are many T20 leagues booming across the globe, the rumors out there hinted that there might be some change in the starting date of the IPL 2018. Finally, the cat is out of the bag, and one of the most reliable cricket sources confirms that 11th edition of the IPL will be taking place between April 4 and May 31 in 2018.

It should be kept noted here that Indian Premier League is the real boss in front of dozens of T20 leagues out there and no one out of them is even thinking to mess with the dates and schedules of IPL 2018.

Amid all the confirmation about Chennai Super Kings and Rajasthan Royals, the intriguing thing for the cricket fans out there is about the Retention Policy for IPL 2018 and the Auction date for this edition. To get settle on the player retention policy and other IPL-regarding issues including the IPL-women event, the Governing Council meeting of the IPL was held in New Delhi on October 24. It will be pertinent to mention here that no confirmation regarding the IPL 2018 Player Retention could be made at the meeting as IPL teams went divided over the ideas of retaining players for 2018 IPL.

So another IPL Governing Council meeting is on cards in next week where discussion regarding player retention, right-to-match-card-rules, and maximum purse will be discussed.  The attendees of the meeting, which include the top-notch BCCI officials, will give their final call about the IPL 2018 Player Retention Policy and other topics on November 14.

As cricket experts are of the view the IPL 2018 Player retention has turned out to be the bone of contention as it has left the IPL teams divided regarding the retention policy for IPL 11th edition.  This year IPL management had plans for the ‘Mega-Auction’, in which it was expected that all the players will go back to the pool and will be up for the grab. But before this could happen, the IPL 2018 Retention 2018 Policy is something making waves as it suggests retention of 3-5 players by the IPL franchises including the re-entrants Rajasthan Royals and Chennai Super Kings.

The earlier details out suggested that Chennai Super Kings and Rajasthan Royals are biggest supporters of the retention policy as they would be able to pick players from the squads of Rising Pune Supergiants and Gujarat Lions, which have big-wigs like MS Dhoni, Suresh Raina, Steve Smith, Ben Stokes and Faf du Plessis. But the latest information out reveals the different story, and here we are telling you about opinions of different IPL teams about player retention and auction.

The 2017 IPL winning side seems to be very much ‘ok’ with their players as they want to retain five players for IPL 2018.  Why they won’t be looking to retain 5-players as they have some brilliant stars in the line, including Rohit Sharma, Kieron Pollard, Jasprit Bumrah, Hardik Pandya and Lasith Malinga.

KKR, who look very much disciplined under the captaincy of Gautam Gambhir wants only one player retention by each of the IPL sides.

They even have the choice to retain the players from Gujarat Lions Squad and Rising Pune Supergiants squad, but the latest turn of events tells that this re-entrant team wants all the players to get back to the auction pool.

Undoubtedly, Chennai Super Kings is the biggest supporter of the retention policy right now as they want MS Dhoni once again clad in yellow.  Not only this they would also be able to get the players like Ben Stokes, Faf, and Suresh Raina. It should be kept noted here that before the idea of IPL 2018 players retention shook around, the CSK director was keen to restore the core CSK squad with them for this edition.  “Talks with BCCI about player retention is going on. We hope to have draft similar to the one in 2016. Since we are the highest-paid franchise among the two, we will get to pick first. So that is an advantage if it happens,” said George John told earlier.

As mentioned above, the IPL teams are divided on the matter of IPL 2018 Retention, some of them want to retain maximum players, and the other wants to retain minimum players. Amid all this, there are even such IPL franchises, which have opposed the idea of the retention. “We are not too convinced with the idea because retention kills the chances of the big names being available for auction. Also, the whole idea of the auction came from the transfer window in football. And if you look at them, every player is free to move to whichever club they feel like according to their preference and the financial offers,” a franchise owner told CricketNext.

“If retention is applicable even in the mega-auction, then what sort of a fresh auction is it? We will surely bring this matter up with other owners and the GC during the workshop. As of now, we would like to believe that the old decision stands and all players will be available at the auction,” he further added.

How many players can be retained in IPL 2018?

One of the most-trending questions out there for the cricketing fans out there is ‘how many players can be retained in IPL 2018?’

The answer is simple that one has to wait for 14th November as the final decision will be coming on this date after IPL Governing Council Meeting.  There are various speculations going over the matter but it is hard to suggest one as IPL teams are divided over the matter, and one can’t expect what way the IPL management will be taking things off.

According to some of the most reliable sources out there, each of the IPL team will be allowed to retain three players, which can either be the combination of two Indian and one foreign player or the vice-versa.

After the IPL 2018 retention policy gets finalized, the next big things on the cards for the IPL-cricket fans will be the IPL 2018 Auction, which is regarded as one of the grandest happenings of this IPL’s edition. If the execution goes as planned all the players would be back to the auction pool and will them be up for the grab on the IPL 2018 auction event.

This years’ auction seems to be different from other auctions in IPL editions as it is termed as mega-auction and the first time since IPL’s first season all the players will be going back to the pool.