Home » General » Sports Articles » Kites- The History Attached With It

Kites are spread throughout the history and culture of mankind as it was used in strategically fought warfare or sometimes for the recreational purpose in early days. According to NASA, it is an aircraft consisting of multiple wings, tethered to an anchor system. On a more scientific note, the necessary lift for sustaining in the air is generated when air flows above the kite’s surface which produces low pressure above and high pressure below the surface. This phenomenon also generates horizontal drag along the direction of the wind. The resultant force vector from the lift and drag force components is opposed by the tension of one or more of the lines to which the kite is attached. Let’s see some more Kites Flying History.

Kites- The Culture of Mankind Since very early days, people in the South Sea Islands have used kites for fishing, as they attached two kites by the tail with a net while doing so. This technique is still very popular. But, the precise date when this started in South Sea is unclear. According to the popular belief, kites were invented in China, as the material needed to build a kite was readily available there in bygone days like resilient bamboo for a strong, lightweight framework, high strength silk for flying line and silk fabric for sail material. The earliest written account of kite flying was claimed to belong to around 200 BC, when the Chinese General, Han Hsin, of the Han Dynasty, flew a kite over the walls of a city.

But, as the evidence to support this tale is unclear, the kite has also been claimed as the invention of the 5th-century BC Chinese philosophers, Mozi and Lu Ban. By 549 AD, paper kites were certainly being flown, as it was recorded in the Needham that kite was used to deliver a message for rescue missions. The ancient and medieval Chinese sources also describe that kites were used for measuring distances, testing the wind, lifting men, signaling, and communication for military operations. In earlier days, Chinese kites were decorated with mythological motifs and legendary figures and were also flat and often rectangular.

Uses of Kites in Japan

Kites were brought to Japan in about the 7th century by Buddhist monks to ensure rich harvest and to fight against evil spirits. In the golden days of kites, they were also used for fishing in Malay, Singapore, as the South Sea. The first known example of a large kite is Yuan Huangtou in 550 CE. “Kim Yu-sin”, a Korean general of Silla, rallied his troops to defeat rebels by lifting a kite with a straw-man which looked like a burning ball flying to the sky in 637 AD, according to SamgukSagi.

Kites were also used by Admiral Yi of the Joseon Dynasty of Korea as he commanded his navy using kites. His kites had specific markings for directing his fleet to perform various orders during the Japanese invasions of Korea in 1592. From Russian chronicles, we get to know that Prince Oleg of Novgorod used kites during the siege of Constantinople in 906 as it is mentioned that, “…he crafted horses and men of paper, armed and gilded, and lifted them into the air over the city; the Greeks saw them and feared”.

Kites were known throughout Polynesia as far as New Zealand where anthropomorphic kites, made from wood and cloth, were used in religious ceremonies to send prayers to the gods. Kites were late to arrive in modern Europe, although windsock banners were known, as it was used by the Romans. Stories of kites were first brought to Europe by Marco Polo towards the end of the 13th century. And kites were brought back by sailors from Japan and Malaysia in the 16th and 17th centuries. The period from 1860 to about 1910 is known as the “golden age of kiting”.

Uses of Kites in Scientific Purpose

In those days, kites had started being used for scientific purposes, especially in aeronautics, meteorology, and communications. Moreover, power kites and many different designs of man-lifting kite were also developed. World War II saw a limited use of kites as The Gibson Girl Box, Garber’s Target Kite and Saul’s Barrage for military purposes. After that, kites were used mainly for recreational purpose. 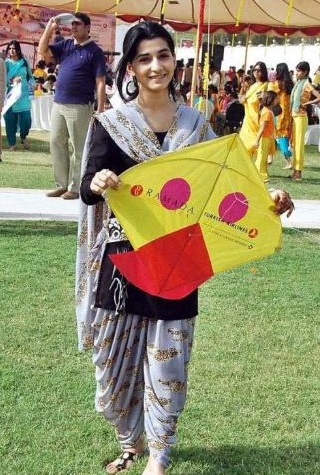 Throughout the world, kite festivals are one of the most popular forms of entertainment. They include large local events and traditional festivals which have been held for hundreds of years. Kite flying is very popular in many Asian countries which often takes the form of ‘kite fighting’ where participants try to cut the string of opponent’s kites.

Fighter kites are usually small, flat and diamond-shaped, made of paper and bamboo. Large tails are not used on fighter kites to maintain the agility and maneuverability of the kite during the fighting. Weifang, Shandong, in China, is the kite capital of the world. China is the oldest place, probably with India, where kites have been flown since antiquities. It is home to the largest kite museum in the world, the thousands of kites here have a display area of 8100 square meters. Weifang hosts an annual international kite festival on the large salt flats in the south part of the city. There are also several kite museums presents in Japan, UK, Malaysia, Indonesia, Taiwan, Thailand, and the USA.

Speaking of Kites Flying History, In Afghanistan, kite flying is a popular game, and is known as Gudiparan Bazi in Dari. During the Taliban rule from 1996 to 2001, kite flying was also banned along with various other recreations in Afghanistan. Kite flying is often known as Patang-Bazi In Pakistan where it is a popular ritual for the celebration of spring festival known as Jashn-e-Baharaan or Basant, which is a spring festival.

According to history, the Mughal Emperor Akbar, who lived at his residence in Lahore from 1584 to 1598, enclosed the city with brick walls and 12 gates of considerable height and strength. One of the gates called the “MochiDarwaza” or “Cobbler Gateway” is the most popular site in Lahore to buy and sell kite flying and firework materials. Kup, Patang, Guda, Nakhlaoo, Pan, Tukal, Muchal, Farfara, etc. are some of the kites used in the kite fighting. These vary in balance, weight, and speed through the air. Millions of people fly kites all over northern India near the middle of January during the Indian spring festival of Makar Sankranti, whereas, kite flying in Hyderabad starts a month before this. But, kite fighting is also an important part of other celebrations including Republic Day, Independence Day or Viswakarma Puja in late September, as well as Janmashtami.

In Vadodara, Surat, and Ahmedabad, an international kite festival is held every year before Uttarayan for three days. Kite flying was recently banned in Punjab due to recent motorcyclist deaths caused by glass-coated strings or Manjha. As part of the Sankranti festival, people, mostly from south Dhaka city of Bangladesh, engage in kite fighting while they fly kites mostly from the rooftops. The festival is held on the last day of the Poush month of Bengali calendar each year. In Vietnam, kites are flown without tails. Instead, small flutes are attached, allowing the wind to generate a musical tune. There are other forms of sound-making kites, as well. Large bows are attached to the front of the kites to make a deep throbbing vibration in Bali, and in Malaysia, rows of gourds with sound-slots are used to create a whistle as the kite flies.

Types of Kites all over the World

All over the world, many types of kites are used. Some of them are expanded polystyrene kite, Fighter kite, Indoor kite, Inflatable single-line kite, Kytoon, Man-lifting kite, Rogalloparawing kite, Stunt kite, Water kite, Tobago kite and power kite. The linen used for kite making in America mainly consists of Spectra fishing line and a very thin braided fishing line called Power Pro. The cutting line used in India, Bangladesh, and Pakistan is called Manjha. The cutting line used in Afghanistan is called Tar, whereas that used in Chile is called Hilo de competencies or Hilo Curado. Kites are flown for recreation, art or other practical uses.

Sports kites are flown in the aerial ballet, sometimes as part of a competition. Power kites are multi-line steerable kites designed to generate large forces which can be used to power activities such as kite surfing, kite landboarding, kite fishing along with a new kite sports trend called snow kiting. Kite skiing is the sport where kites towed behind boats lift passengers. Until Bristol Kite Festival 2011 ended, the world record for the biggest-ever kite flown for at least 20 minutes was a kite with lifting area of 10,971 square feet. This was Kites Flying History.