The only shortcut to success is the hard work; same goes for the 23-years old cricketer Mohammed Siraj, who hails from a poor family from Hyderabad.  Within just two years of his first-class debut, the right-handed fast bowler has got a call-up to the Indian Cricket Team.  Siraj’s journey from being the son of the auto-rickshaw driver to become the latest cricket sensation in India is awe-inspiring.  His consistency with the ball in Ranji Trophy, IPL and India A have paved his way to the Indian Cricket Team.

Siraj got selected for T20I series against New Zealand, which is scheduled to take place at the start of November. The right-arm quickie got this big news while he was in training session for the Ranji Trophy match against Karnataka. “I was pleasantly surprised. I did not expect it at all,” the Sunrisers Hyderabad said on getting news of making it into the Indian squad.

Earlier, this year Siraj was handed Rs. 2.6 crore IPL contract by the Sunrisers Hyderabad which was way more than his base price. Since then, things changed for the speedster and his family as his father quit driving auto-rickshaw and they also got a new house in Hyderabad in some posh area. 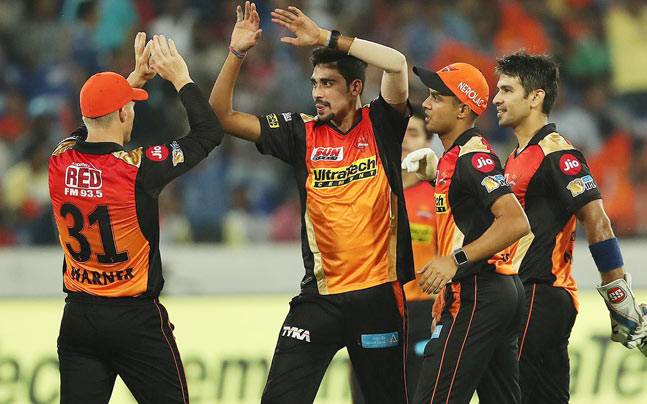 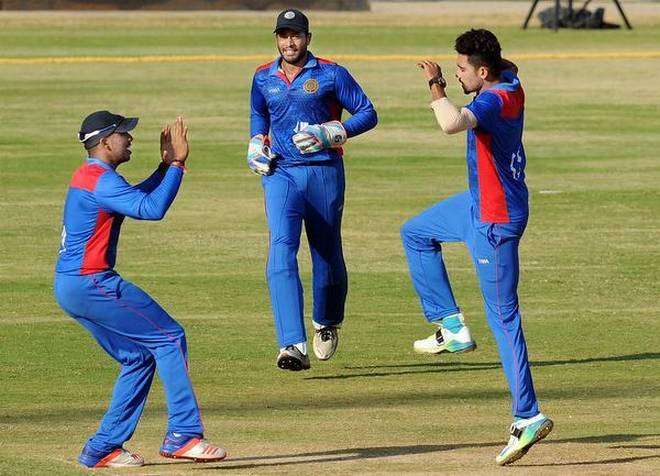 Mohammed Siraj grabbed each and every opportunity coming his way to the fullest since his childhood days. Like many other Indian cricketers out there, Siraj’s story started from playing street cricket in Banjara Hills Locality in Hyderabad and caught a bit of more pace after he won an inter-school tournament during his class-7 days. What came next for him was skipping classes frequently to get onto the cricketing field. Soon on the cards was the cult status for him by his teammates and friends as he developed the habit of taking wickets frequently. It will be pertinent to mention here that during tennis ball days, Siraj was taken more as a batsman who could ball at a decent pace as well. 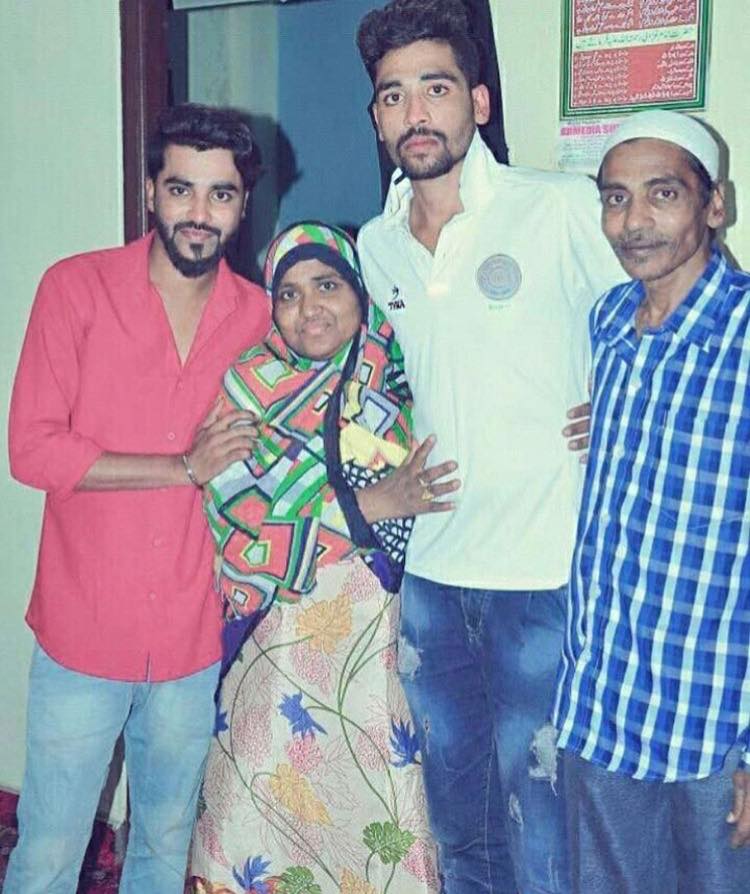 Opening eye in the lower-middle class family didn’t hurdle Siraj from dreaming big as his father, Mohammed Ghouse, the auto-rickshaw driver gave him even the freedom to chase down his dreams. His father used to work for long hours to support his family from last 30 years.

Things were hand-to-mouth for Siraj’s family, when his mother, Shabana Begum, started working in houses as a maid so she could support her family expenses. Shaban Begum also used to scold Mohammad Siraj years back as he wasn’t good in the academics as his elder brother.

Mohammed Siraj’s elder brother, Mohammed Ismail is an IT professional, who has got a job as the software engineer at some reputable firm.  Ismail seems to be on cloud nine with his brother success, and after knowing the news of Siraj getting in for Indian Cricket Team, he told “It feels like a festival. I knew the senior selection committee was going to meet in Mumbai today, but I did not think that he would make it. The joy is unexplainable. Ever since he got into IPL, our family’s living conditions have changed. Our father has stopped driving the auto-rickshaw.”

Before the massive IPL contract of 2.6 crores fell in his lap, things changed for Mohammed Siraj, who used to live in a small rented apartment with his family in Banjara Hills locality.

After Mohammed Siraj got an IPL contract with Sunrisers Hyderabad, he told that he’ll be shifting his family to the new house. In one of his latest interviews after getting a place in the Indian Cricket Team for T20Is, Siraj told that he have shifted his family to a new house and his father, who previously used to drive auto-rickshaw, has now left this work. 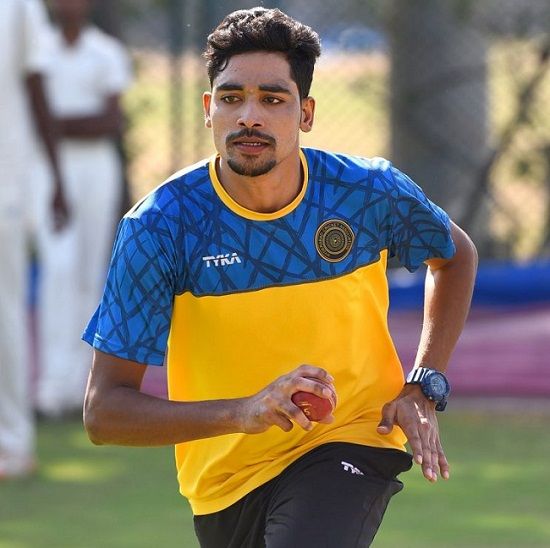 If you thought under-16 or under-19 polished Siraj’s talent and finally now this 23-years quickie got his place in the Indian cricket Team squad, then you’re wrong as this self-taught tennis ball cricketer got an entry into the domestic circles with playing under-23 for Hyderabad.  His tight block-hole length bowling, which he got specialist during his tennis ball days have worked superbly for him, especially in the shorter formats of the game.

It will be relevant to mention here that Siraj, who was very much ‘ok’ with playing tennis ball cricket followed his friend’s advise to play in HCA  2-day league and it did wonders for him.  “Few of my friends advised me to play in HCA two-day league for my Charminar team as I bowled at decent pace. In 2015, I played there and picked over 59 wickets in the season and was selected for Hyderabad Under-23 team.” Told Mohammad Siraj about his experience.

It won’t be wrong to say that Ranji Trophy was the life-changing tournament for the right-arm quickie as this was the first time when he grabbed the attention of selectors and cricket fans. It will be pertinent to mention here that Ranji Trophy is the highest-level domestic cricket tournament in India cricket and availing such opportunities makes you more prominent on the board. While representing Hyderabad, Siraj troubled the opponents with some fearsome spells at Ranji Trophy. He ended up this domestic cricket tournament as the 3rd highest-wicket taker. His eye-opening performance in IPL was good enough to get him place in Rest of India, India A, and SRH squads.

“Whatever I am today is primarily because of Ranji Trophy performance. My 40-odd wickets last season gave me the confidence. There’s nothing like getting wickets in first-class cricket. I was picked for Rest of India after that and because of Ranji Trophy, I got the IPL deal. So 60 percent credit for this call-up is a performance in first-class cricket,” Mohammed Siraj told after being selected in Indian Cricket Team for New Zealand T20Is.

Mohammed Siraj’s brilliant run with a ball at Ranji Trophy was enough to grab the attention and also to give him a go for the Irani Trophy, which is also on of the prominent domestic tournaments in India. If we specifically talk about Mohammed Siraj’s domestic season 2016-17, it will be relevant to mention here that this Hyderabad took his team to new heights with taking 62 wickets from 21 matches . 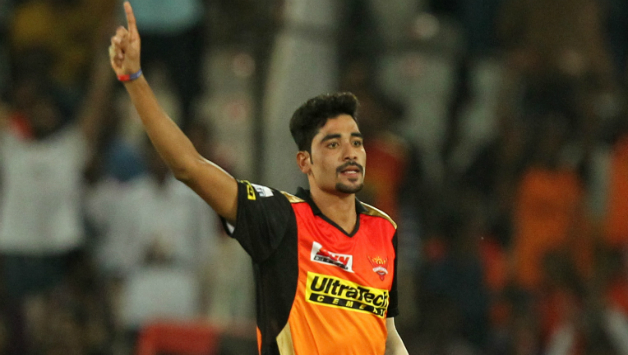 As hard work never goes in vain, Mohammed Siraj was lucky enough to get the IPL contract in the similar season after contributing brilliantly with the ball at Ranji Trophy 2016-17. The whopping IPL contract amount of INR 2.6 crore was enough to grab the eyeballs around as it was way beyond than his base price.  Siraj, the son of an auto-rickshaw driver was loving every bit of Ipl signup as now he could buy his family a house and step his father from driving rickshaw. The Hyderbadi pacer got into Sunrisers Hyderabad at IPL 2017 and grabbed this big opportunity with both hands. In his 6 IPL matches in the season, he was able to take 10 wickets including a four-for against Gujarat Lions. It will be pertinent to mention here that with his performance against GL, Siraj also got the Man of the Match (MoM) award in IPL match.

Consistency has been the X-Factor for young Siraj as he continued his Ranji Trophy form in IPL, other domestic matches and also well executed it with his outings for India A. In the unofficial Test he played during India A tour of South Africa, he claimed a match haul of 5 for 103 and made sure that he remains in the eyes of selectors.

As Ashish Nehra is bidding adieu to cricket with his last game in the New Zealand T20 series, the selectors have got Mohammed Siraj as his replacement in the shortest format of the game, T20I. 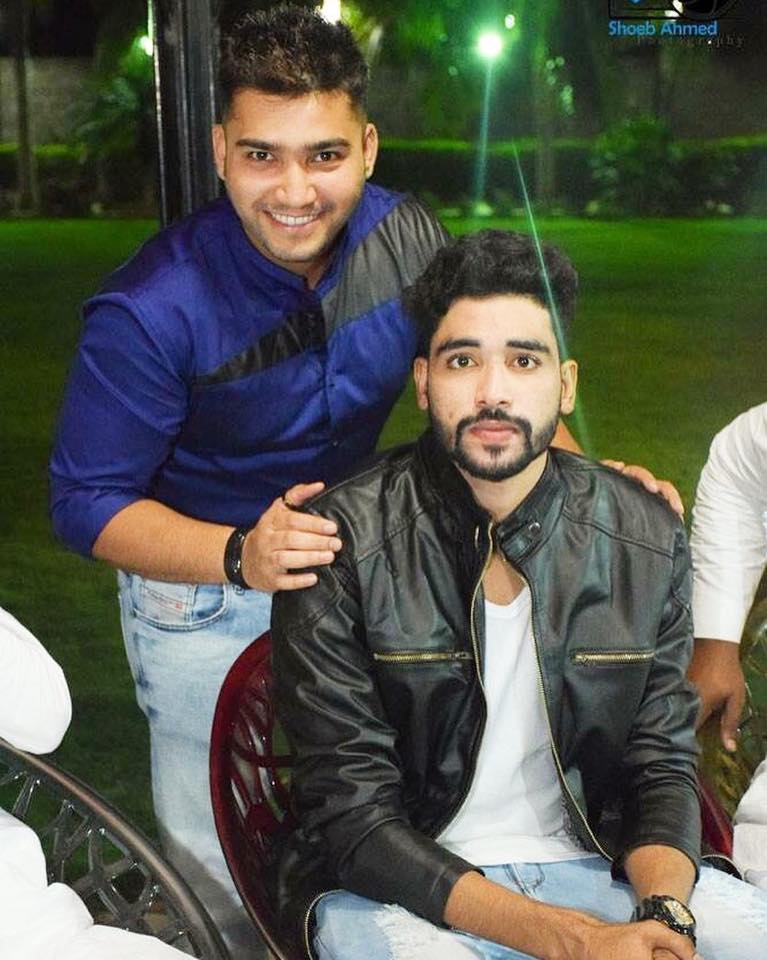 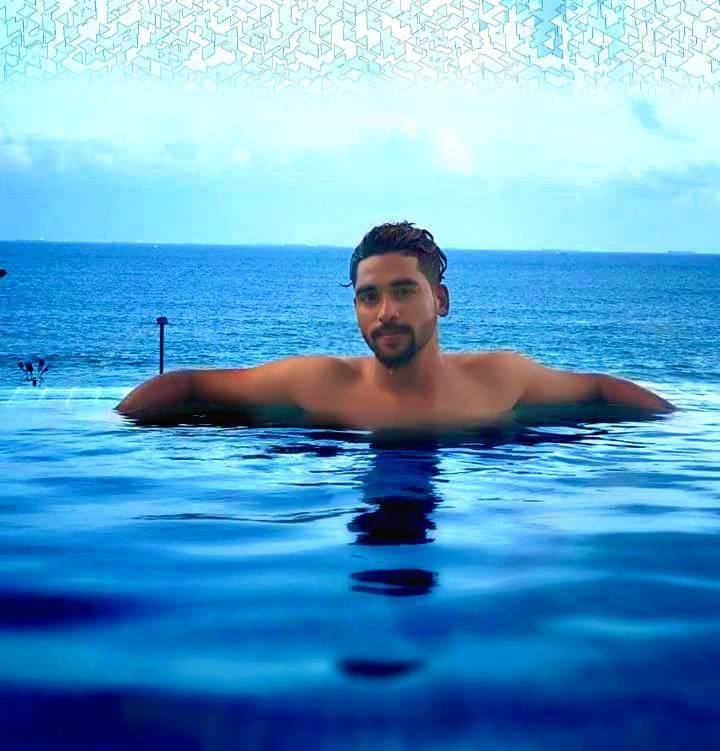 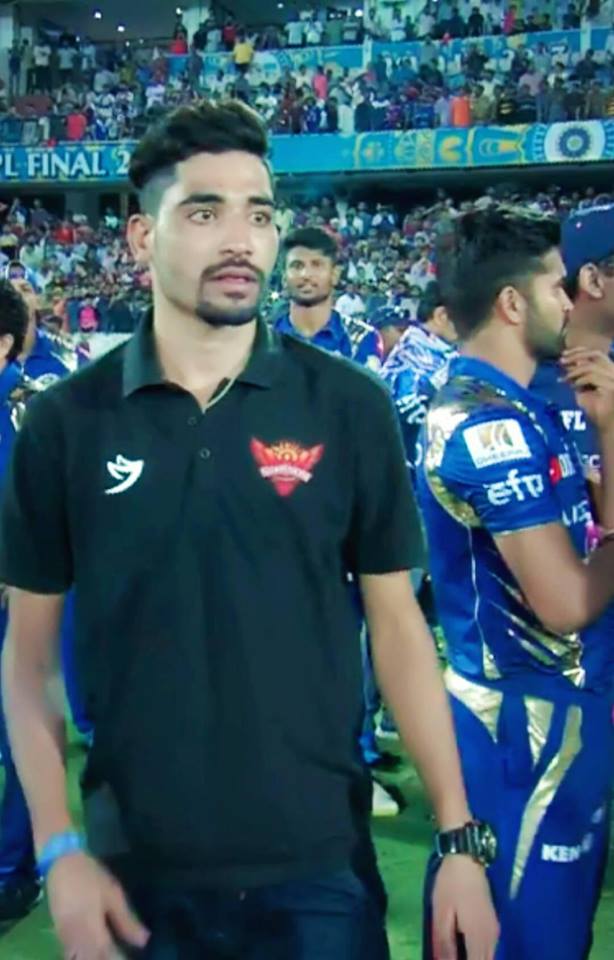 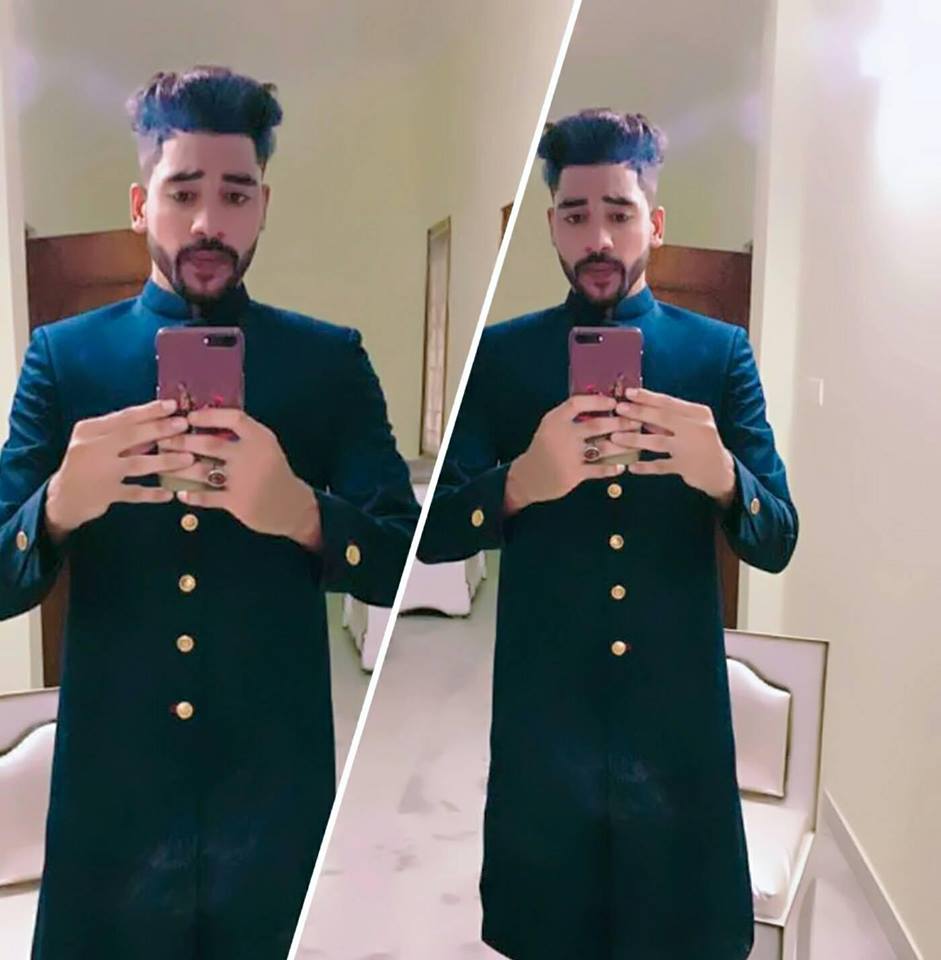 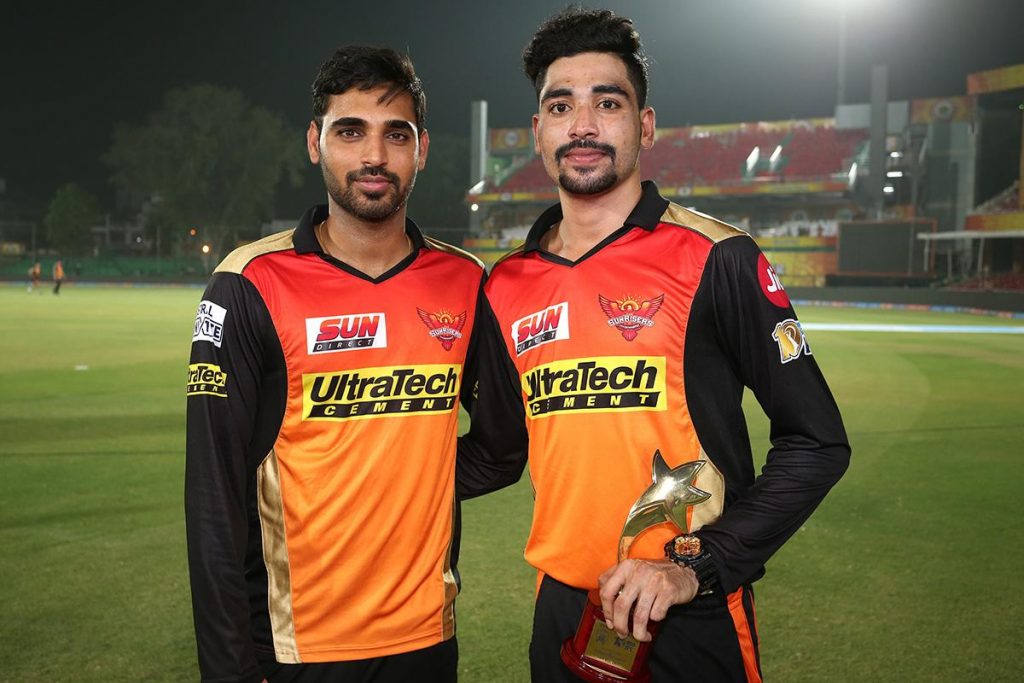 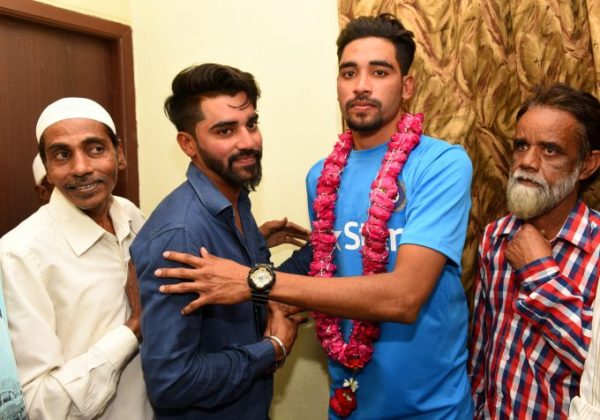 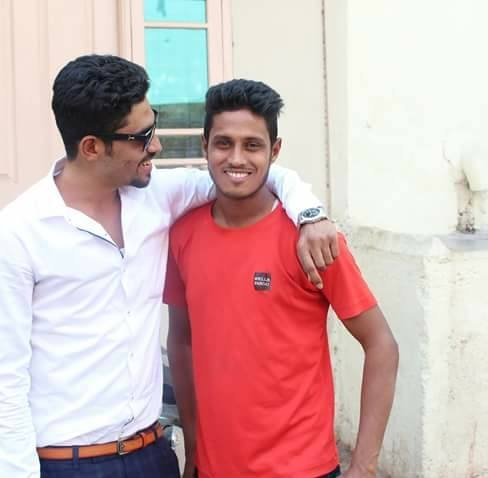 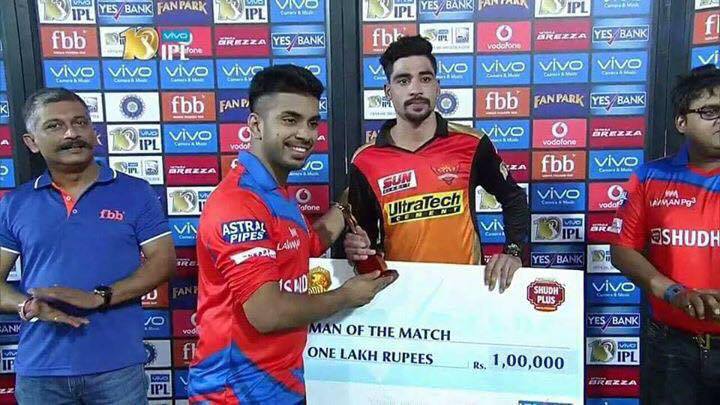