Chelsea is on a signing spree this season, as they have just completed their third transfer deal in the January window. This time around, they have roped in a player from their rivals in English Premier League, i.e. Arsenal, as Olivier Giroud moves to Chelsea from EPL rival Arsenal. 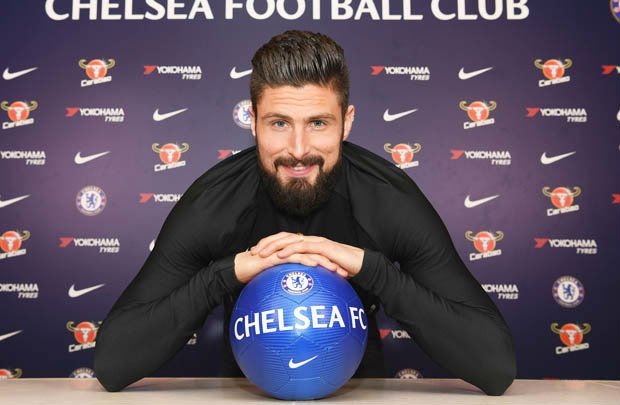 Chelsea has successfully acquired Olivier Giroud as their new member. The French player’s agent reached London this Wednesday to chalk out the final details of Giroud’s deal to take the player Stamford Bridge. It is a deal of 18 months and the fee remains undisclosed fee, though rumours say that it is about £18 million.

His transfer was confirmed shortly after Arsenal succeeded in completing the record transfer of Pierre-Emerick Aubameyang who moved from Bundesliga Club Borussia Dortmund. Ross Barkley from Everton and Emerson Palmieri from AS Roma have been signed by Chelsea recently. As for their outgoing players, the Blues have confirmed the joining of Michy Batshuayi in Borussia Dortmund on loan from Chelsea for the remaining season.

Now, to complete the January transfer target, the blues have now brought in Olivier Giroud from Arsenal. The striker is a representative of the French national team. After representing the Gunners almost 6 years, Giroud, now 31, has signed a deal of 18 months with the Blues, and will be playing with his new team in the English Premier League with jersey no. 18 on his back. 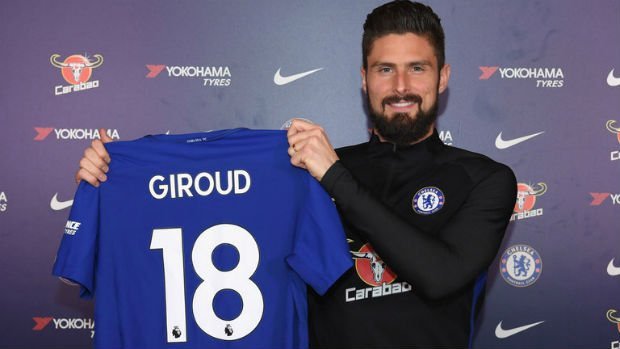 Giroud is the new signing of Chelsea

Chelsea’s official website has recorded him saying that the team is one of the biggest in the English Premier League, and has lifted almost the majority of the prestigious trophies in the past 6-7 years, which makes it such a massive club. He further said that he is proud to get the opportunity to sign with a Chelsea and represent them, and is looking forward to starting his games.

Giroud’s last appearance in the Arsenal shirt was on Tuesday, in a match that ended in the Gunners losing to Swansea with a score of 3-1 at the Liberty Stadium. After the final whistle was blown, Giroud ran to the away end to applaud the travelling support for Arsenal. After that, he beat his chest. Giroud joined Arsenal in 2012, and he has scored 105 goals in 253 games for the team.