Arsenal star and one of the best players of Premier League, Mesut Ozil, recently attended a mock press conference set up by Sky Sports. He and his fellow Gunner teammate Shkodran Mustafi came face-to-face with the members of the Young Gunners fan club to answer all their ‘little’ quarries. Both the Arsenal star had great fun during the mock press conference and willingly gave all the answers that their little fans wanted. When a kid asked him to name which of the two superstars between CR7 and LM10 he thought was best. Ozil, after dodging the same question several times previously, had to answer the little stars to express his genuine verdict on the never-ending Cristiano Ronaldo vs Lionel Messi debate. 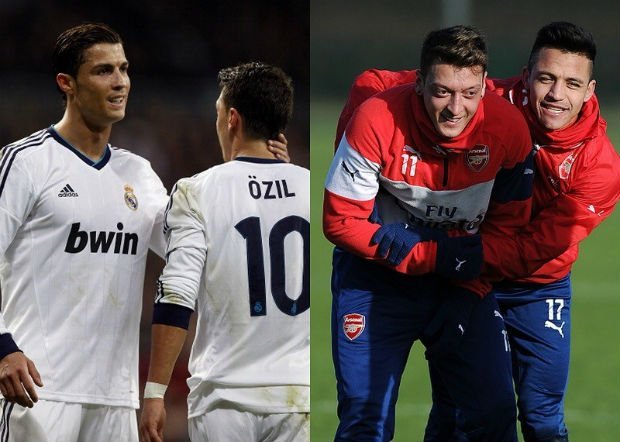 The German international declared that Cristiano Ronaldo is a better footballer than Lionel Messi while answering his little fan that “I will go for Ronaldo because I played with him.” The kids were clearly wanted him to mark Messi as the best and when he saw the reactions of the kids after his answer, Ozil makes a funny sound and waves his arms in a hilarious comical way. The other star of the Mock conference, Shkodran Mustafi, was asked the same question by the little fans where he replied “I think I will go for Messi.” But both the gunners accepted that Cristiano Ronaldo and Lionel Messi have both won five Ballon d’Or awards and earned respect from the whole world, thus it will be virtually impossible to choose a-best and to measure who is better than the other.

Mesut Ozil spent four seasons at the Santiago Bernabeu where he played alongside Cristiano Ronaldo from 2010 to 2013. Ozil provided some brilliant assists to his Portuguese team-mate during that time and the duo went on to win La Liga and the Copa del Rey with Los Blancos. Even after his association with Ronaldo, Ozil repeatedly ducked the answer whenever he was asked to choose between Lionel Messi and Ronaldo. When he was asked to answer the same question last time during a television interview, he brilliantly handled the question while saying Zinedine Zidane is the best.