Manchester City continued the marvelous winning streak with their 18th win in a row, but their victory against Newcastle on Wednesday came with the price of centre-back Vincent Kompany’s injury in the 12th minute of the game. However, even without one of the main defenders on the team, City still kept their clean sheet and they got their desired win with the 13th Premier League goal by Raheem Sterling at St. James’ Park yesterday. But besides this, there are several things happened in the Premier League GameWeek 20. So let’s check out the current standings and top scorers first. 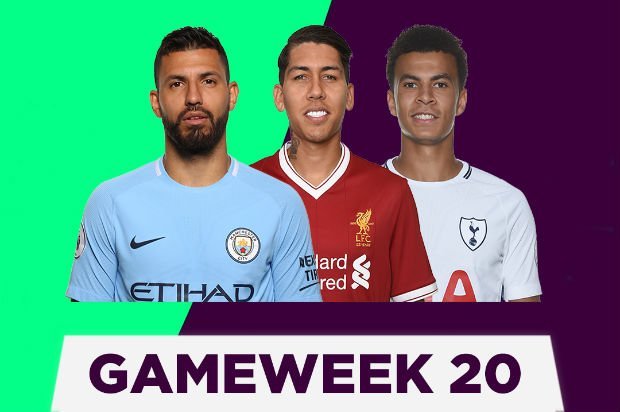 The “Big-Six” of Premier League is still occupying the top six spots in the table. Manchester City tops the table with 58 points, which is 15 points ahead of the second positioner Manchester United. Chelsea is on the third spot followed by Liverpool. Tottenham is now just a point behind the Reds while Arsenal also got their position in the sixth place of the GameWeek 20 Table. Here go the top 10 teams of EPL according to the current standings.

Tottenham Hotspur’s Harry Kane is again on the race to win the Premier League golden boot this year with 18 goals under his name. The ‘Egyptian Messi’ Mohamed Salah is giving him a tough competition with 15 goals scored by him. Manchester City’s Raheem Sterling matched the tally of 13 goals last night with his brilliant strike against Newcastle. Argentine international Sergio Aguero is also just one short of Sterling. Here go the top 10 scorers of Premier League after GameWeek 20.

The world has witnessed a very spectacular Gameweek 20 in the festive season. And everyone is now waiting to see if the unbeatable squad Manchester City can put their name under the Premier League history. Don’t forget to send us your take in the comment section below. And happy festive season folks!