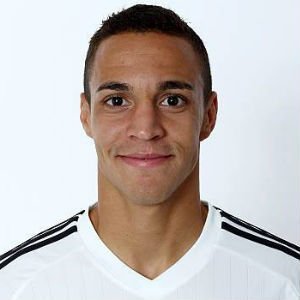 Spanish footballer Rodrigo currently plays as the winger of the Spain national football team besides his regular participation for the La Liga side Valencia CF. After completing his youth training, he started his professional football journey with Real Madrid reserve team. He then moved to Benfica in 2010 and achieved four titles with the team. Most notably, he achieved the domestic treble with Benfica in season 2013-14. He played for several other clubs on loan such as Bolton Wanderers and Valencia. Upon the completion of his loan term, he became a permanent player of the La Liga squad Valencia in 2015.

Besides his club career, Rodrigo also represented his nation at several age levels. He started his international career with Spain U-19 team in 2009. Rodrigo then achieved his promotion through U-20 and finally became a part of the U-21 team in 2011. He achieved the UEFA European U-21 Championship trophy with his nation in 2013. Rodrigo then earned his first cap for the senior side the following year. With a marvellous record for club and the national side, Rodrigo achieved his place among the best wingers that the Spain nation has ever produced. 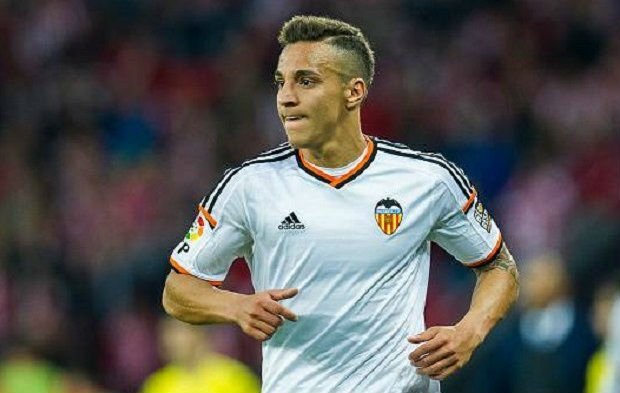 Despite being born in Brazil, he moved to Spain during his childhood days and settled in the Galicia province of Spain with his family. He then started his football journey while taking training at the youth academy system of Celta de Vigo. Rodrigo proved his prominence and joined the youth academy of Real Madrid at the age of just 18 in 2009. He started playing for the reserve team of Los Blancos (C team) since his arrival at the club. Rodrigo then earned his place in the Real Madrid Castilla team (B team) and started participating in the Segunda División B with the squad. He made his debut for the Castilla against UD Lanzarote on 29th November 2009.

Rodrigo signed a five-year deal with Portuguese side S.L. Benfica on 31st July 2010, for an estimated transfer fee of €6 million. Real Madrid first added a buy-back clause for him where they can get the player for €12 million during the next two seasons. But after they purchased Fábio Coentrão in the next season, Los Blancos cancelled the buyback clause of Rodrigo. Shortly after, he joined the English Premier League club Bolton Wanderers on a year-long loan on 31st August 2010. He made his debut for the club in a League Cup match against Burnley on 21st September 2010. He then made his League debut against Wigan Athletic on 23rd October 2010, followed by his first goal against the same opponent on 5th January 2011.

Upon completion of his loan tenure, Rodrigo Returned to Benfica at the start of season 2011-12. He played 38 matches while scoring 16 goals in his debut season for Benfica. The club then sold his full economic rights to Meriton Capital Limited for €30 million on 31st January 2014. Rodrigo scored a goal in the League cup match against Rio Ave F.C. on 7th May 2014 and received the Man of the match award. He scored a total of 18 goals in 43 matches in the 2013-14 season and helped his club to win the treble of Primeira Liga, League Cup and Taça de Portugal. 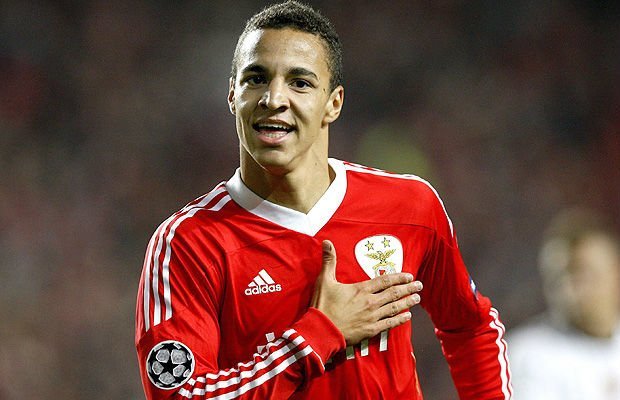 Rodrigo came back to his native country while being on a season-long loan with Valencia CF on 23rd July 2014. He made his debut for the club against Sevilla on 23rd August 2014. He then scored his first La Liga goal for the Che against Getafe CF on 22nd September 2014. Rodrigo received his first La Liga red card against Rayo Vallecano on 30th May 2015. He also received a three-game ban by the Royal Spanish Football Federation for that action. Finally, he signed a four-year contract with Valencia on 15th June 2015 for a reported transfer fee of €30 million. The contract can keep him at the club until 30th June 2019.

Rodrigo started his international football career while playing for Spanish U-19 team. He helped the side to become the runner-up in the 2010 UEFA European Championship and scored a goal against France in the final. He then earned his promotion to the U-20 side and helped his team to secure their place in the quarter-finals of 2011 FIFA U-20 World Cup. Rodrigo scored a marvellous hat-trick in his debut match for the Spanish under-21 side against Georgia in the 2013 European Championship qualifiers on 1st September 2011. He then earned his place in the 2012 Summer Olympics squad of Spain and appeared in two games in the tournament.

One of the most successful football managers, Vicente del Bosque, named him in the 23-man squad for UEFA Euro 2016 qualifying matches on 3rd October 2014. He made his debut for the Spanish senior side against Luxembourg on 12th October 2014, as the 82nd-minute substitute of Diego Costa. He then scored his first goal for his nation in a 2018 FIFA World Cup qualifier match against Albania in Alicante on 6th October 2017.

Born in the cultural capital of Brazil, Rio de Janeiro, to his parents Adalberto Machado and Andréia Moreno Machado, Rodrigo is of pure Brazilian descent. He moved to the Galicia province of Spain during his childhood with his parents and his sister Mariana. As a surprising fact, Thiago Alcântara and Rafinha are his second cousins. Alcântara represents Spanish national team with him where Rafinha currently plays for the Brazil squad.

The current net worth of Rodrigo Moreno Machado stands at £32 Million as of 2018. His current market value is estimated to be around £22.5 Million. He currently gets around £8 Million yearly salary from his current club Valencia. Besides his footballing earnings, he also made his fortune through the endorsement deal with Nike. He currently wears their Nike Hypervenom Phantom III DF FG boots on the ground.

Rodrigo has achieved several trophies for the clubs that he played for till now. He won the Taça da Liga with Benfica in season 2011-12. He then achieved the Primeira Liga, Taça de Portugal and Taça da Liga with Benfica in season 2013-14. Rodrigo helped Benfica to become the UEFA Europa League Runner-up twice. He achieved it first in the 2012-13 season and then again in 2013-14 season. He helped the U-19 Spanish side to become the UEFA European Under-19 Championship Runner-up in 2010, and the U-21 side to win the UEFA European Under-21 Championship in 2013. Besides his club success, he received several individual awards till now. Some of the most notable individual awards that he received till now are as follows: