Home » Soccer » Football Gossips » Inside tour of the £4.8M Mansion of Cristiano Ronaldo

Inside tour of the £4.8M Mansion of Cristiano Ronaldo

Everyone knows that the world’s most extravagant player, Cristiano Ronaldo, has an amazingly luxurious house. Did you know that this house is worth £4.8m? And not just in terms of price – this home is a reflection of his lavish lifestyle in such a way that it can set some serious home goals. So let’s start taking a detailed tour of the £4.8M Mansion of Cristiano Ronaldo.

Inside tour of the £4.8M Mansion of Cristiano Ronaldo 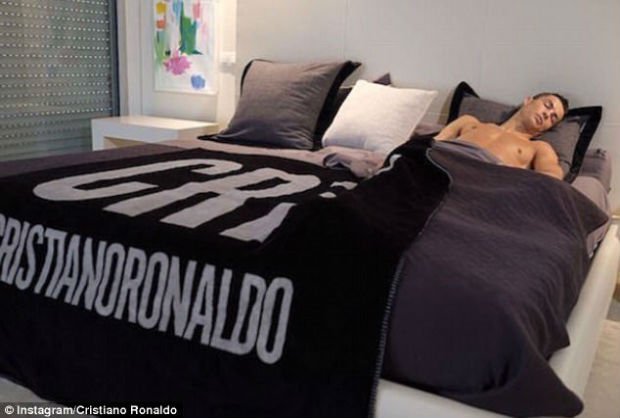 The player’s mansion is in the up-market area of Pozuelo de Alarcon in real Madrid. He shares the hosue with his mother, Dolores Maria Aveiro, his girlfriend Georgina Rodriguez, and his four children. It almost sounds like a story, hearing the description of his house. Who can have a swimming pool, mini football pitch, and a nursery in the house, just for the children? Well Ronaldo does. And just so you know, the nursery is gender neutral, coloured in cream and grey. 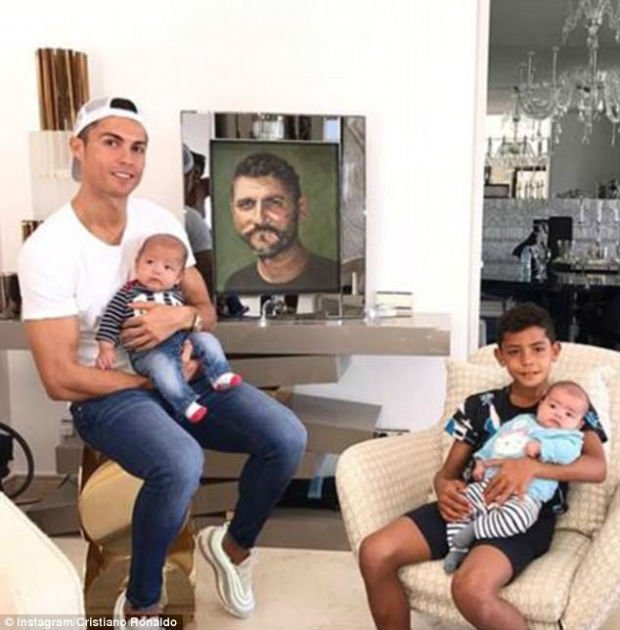 CR7 with his adorable kids

We can only imagine that this is currently dominated by his eldest son, Cristiano Ronaldo jr., and he will soon be sharing these with his younger brother and two younger sisters. But these are not the only places where he enjoys himself. He is often seen joining his father in the gym, where one of the fittest athletes Cristiano Ronaldo himself trains to become the chiseled Greek God that he is now. 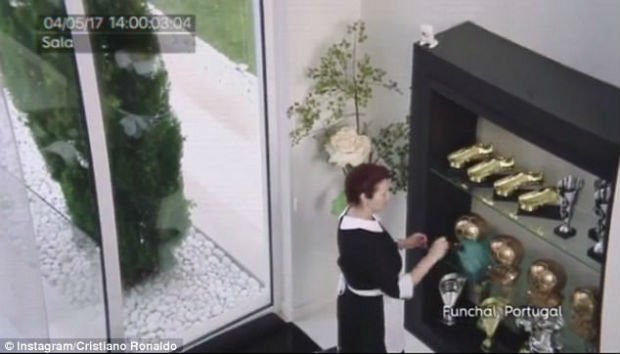 The awards collection in his house

Ronaldo, one of the best players in the world, has several awards – 15 prestigious individual awards, to be precise – which he has collected in his career of 15 years. Quite naturally, he has a space in his huge mansion dedicated to his awards, showing off his achievements. His trophy room displays his latest Ballon d’Or award, as well! 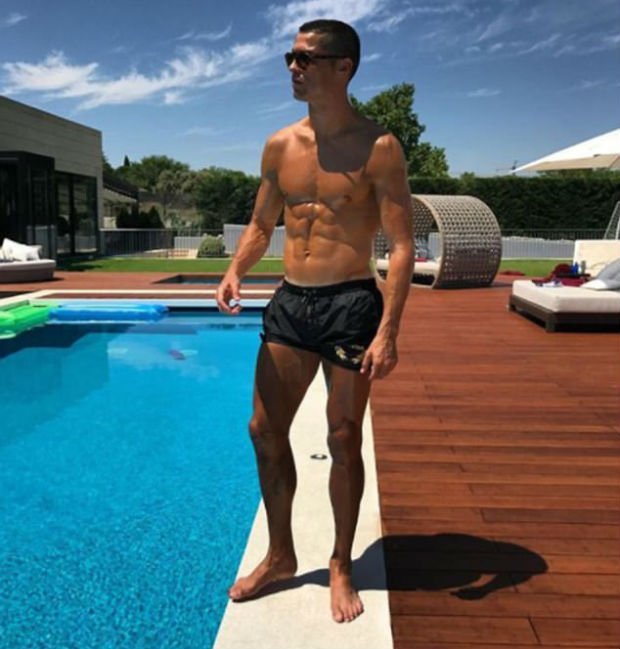 The swimming pool of the mansion

One of Ronaldo’s favourite places in his house is his bedroom, which is designed in a minimalist way. This is one of the seven bedrooms in the 8,600 sq. ft house, and he rests here, under his personalised CR7-Emblazoned blanket in black and grey. But t’s not just the blankets that have his marks. The doors of the mansion also bear the CR monograms. 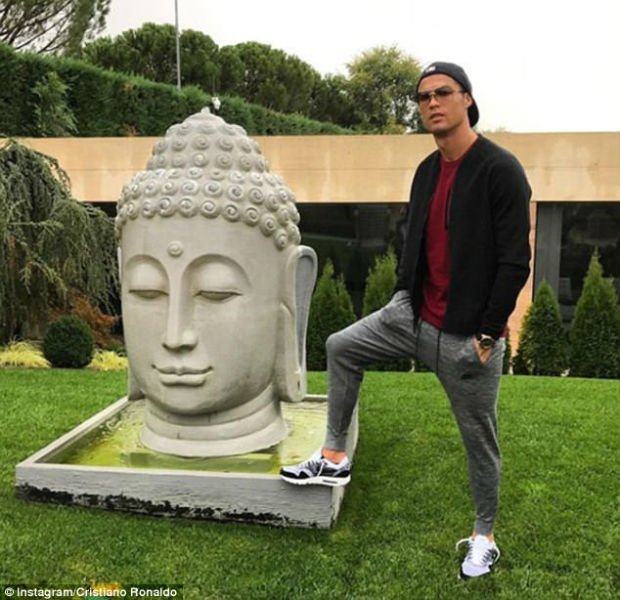 The giant Buddha Head in his house

In one of the 8 bathrooms in the house, he has a framed image of his jersey with number 7, above the sink.  There’s a whole gallery of images of Ronaldo in the house, hanging on the wall behind the dining table. The dininh space itself looks opulent with chanedliers and candelabra. And in the living area hangs a portrait of Ronaldo’s late father José Dinis Aveiro. 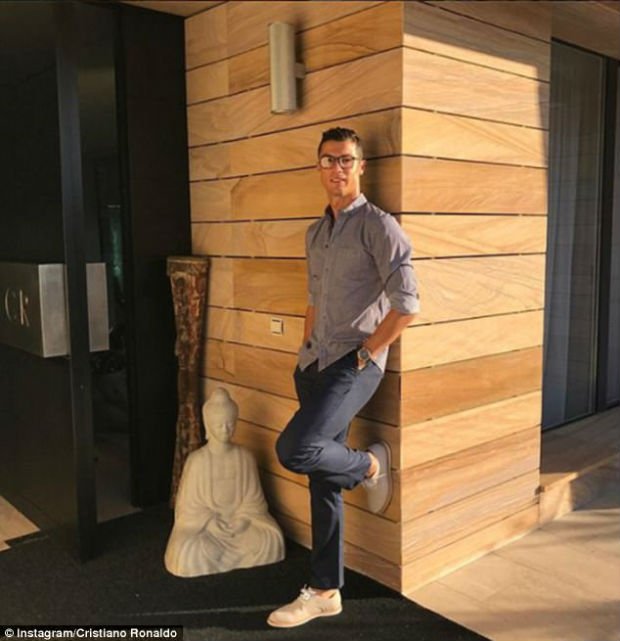 Despite his growing family, not everything about the house is centered around kids. For instance, the décor is minimalist, the floors have marbles, and the sleek lines give it a stylish look of a bachelor pad. Don’t forget the Jacuzzi and pool deck. Outside sits a statue of Buddha, too. And, don’t forget the garage in the Mansion of Cristiano Ronaldo which houses his luxurious cars!