Lionel Messi and Luis Suarez had a perfect start as Barcelona demolished SD Huesca by a grand 8-2 score last night in La Liga 2018-19. Moreover, they both scored twice in the match en route the complete domination over the newly promoted opponent. Although, the visitors got a complete shock as Cucho Hernandez got an early lead for Huesca. But, it soon became a one-way game.

The first score of Barcelona came from an own goal by Jorge Pulido. But soon, Alex Gallar scored the second goal for Huesca just before the end of the first half. Barcelona displayed their full glory in the second half as Messi, Suarez, Ousmane Dembele, Jordi Alba, and Ivan Rakitic scored marvelous goals for the Catalan side.

With the great win of Barcelona, the Catalans are now standing at the top of the La Liga table alongside Real Madrid. But, the early score of SD Huesca pointed out several weak points of the Barca defense. Samuel Umtiti and Sergi Roberto failed to display their full potential. And even Gerard Pique failed to defend the first score as he was busy claiming offside rather than defending the potential balls. 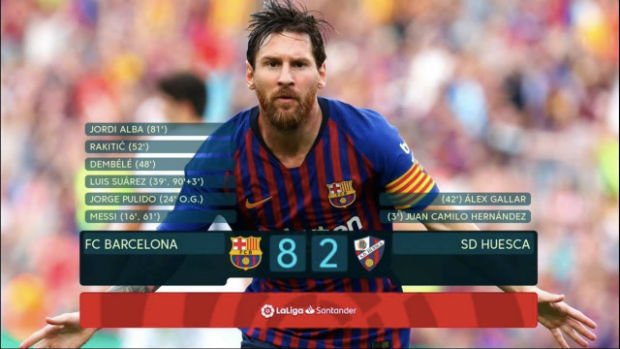 Barcelona demolished SD Huesca last night but they are yet to face bigger challenges this season. Moreover, they will soon face clubs like Inter Milan and Tottenham Hotspur. And with these defending strategies, it will definitely be hard to restrict the movements of players like Mauro and Harry Kane. But on a positive note, scoring twice will definitely give the much-required confidence to Suarez. The newest signings like Vidal, Arthur and Lenglet are yet to be tested on a hard situation. If they can find the sync with their teammates, the gameplay of the Catalan side will definitely improve. 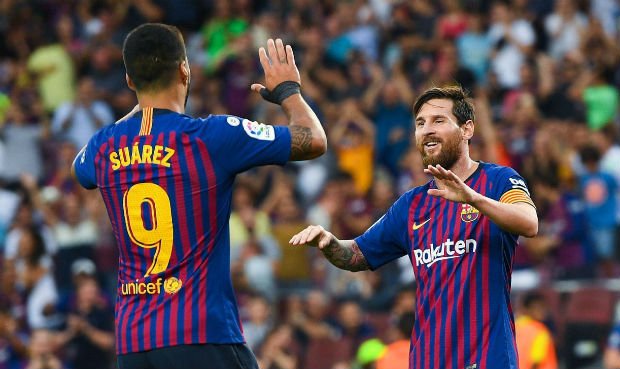 Messi and Suarez at their best

Needless to say, the fans now have the complete confidence in Barcelona. They proved last night that they can bounce back quite brilliantly even after an early setback. Moreover, they also pointed out the weakness factors of their defensive lines before the big games. And, that will surely give them a strategic boost. And, it is required before their face-offs with some of the biggest clubs of Europe in the upcoming UEFA Champions League.