Fans are now super excited as they are hoping that the PSG wonderkid and World-Cup winning forward Kylian Mbappe is most likely to become the first player ever to defend the Golden Boy award. Undoubtedly, he is the hot favorite in the Golden Boy 2018 nominee shortlist. But, he will definitely face strong competitions from several players like Christian Pulisic, Timothy Weah and Phil Foden. So, it is now a grand question if he could make history by defending the title or not.

The chance of Mbappe winning the title again skyrocketed after he helped his national team France to win the World Cup in Russia. Besides, he also scored several goals at the Club level in the domestic stage with PSG this season. He is definitely the favorite to be named as the best young player but several other soccer-kids could run him pretty close. 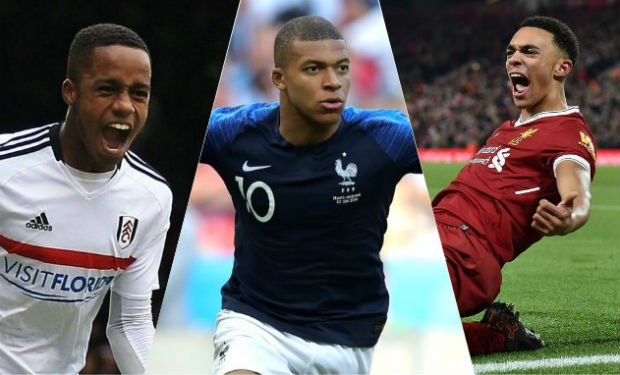 Son of the former World Player of the Year George, Weah, created plenty of buzz through his performance with the U.S national team as well as at the Parc des Princes. Needless to say, he is also a close team-mate of Mbappe. Pulisic, on the other hand, delivered some great performances in Germany for Borussia Dortmund.

Foden, the Manchester City midfielder, is also a strong contender of this season’s Golden Boy title. He helped the England U17 team to become the World Champion in 2017. Moreover, he recently got several senior game times with City’s first squad. Sadly, only three Premier League representatives are there in the 60-man shortlist released by Tuttosport.

Everton’s Tom Davies and Liverpool’s Trent Alexander-Arnold will represent the Premier League in the Golden Boy 2018 nominee shortlist along with Foden. Needless to say, whoever wins the award this season will join the glorious list of players such as Lionel Messi, Paul Pogba, Wayne Rooney, and Sergio Aguero. 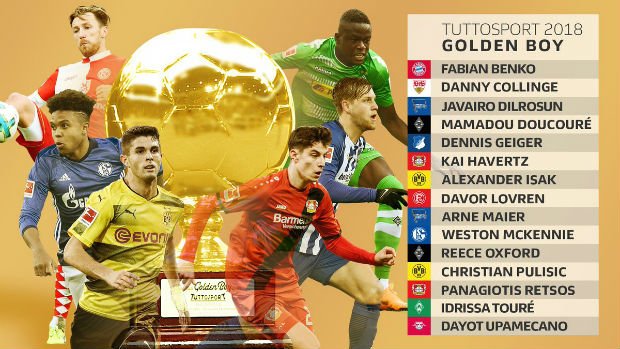