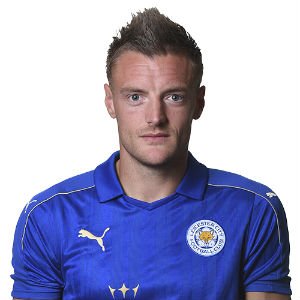 English footballer Jamie Vardy plays as a striker for the English Premier League club Leicester City besides being a regular member of the England national football team. He spent most of his young-career at Sheffield Wednesday, and later went on to play for the Stocksbridge Park Steels, F.C. Halifax Town, Fleetwood Town and then finally moved to Leicester City in May 2012. He scored 25 goals in the debut season for Halifax in 2010 and achieved the “Player’s Player of the Year” award. Vardy then scored 31 goals in his debut season for Fleetwood Town in 2011 and was named as the “Player of the Year”.

After showing some amazing performance for the Halifax Town and Fleetwood Town, Jamie Vardy had witnessed a growing interest of several great teams in the Premier League. He joined Leicester City in May 2012 with a non-League record transfer fee of £1 Million. He is one of the key players to help Leicester City win the English Football League Championship in 2014, thus being promoted to play in the Premier League in season 2015-16. In his debut season in EPL, Vardy scored in 11 consecutive matches surpassing the record of Ruud van Nistelrooy. Besides being the Premier League winner of the season, he achieved the Premier League Player of the Season award and FWA Footballer of the Year award. 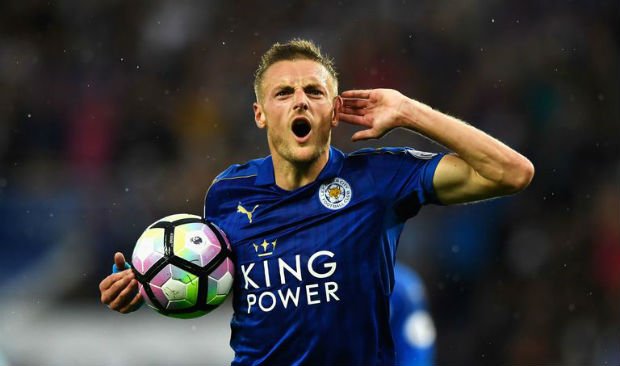 After being released by the Sheffield Wednesday club at the age of 16, Jamie Vardy kick-started his career with Stocksbridge Park Steels youth system. Shortly after, he made his place in the first team while earning just £30 a week at the club. Neil Aspin then signed Vardy for F.C. Halifax Town in June 2010 with a transfer fee of £15,000. He made his debut for the club against Buxton on 21st August 2010, and finished the season with 25 goals in 37 matches thus becoming the top goal scorer of the club for that season. After he helped “the Shaymen” to win the Northern Premier League Premier Division title for the 2010–11 season, Vardy won the Player’s Player of the Season award. He started season 2011-12 with the club and scored 3 goals in the first 4 matches in the league.

Jamie Vardy signed for Conference Premier Club Fleetwood Town in August 2011 with an undisclosed fee, and made his debut for the club against York City the very same day of his signing. He made his debut in the FA Cup on 12th November 2011 against League One club Wycombe Wanderers and scored his debut FA Cup goal the same day. For his amazing performance in next three months, Vardy achieved the Conference Premier Player of the Month award for November 2011. Blackpool manager Ian Holloway game a £750,000 offer for Jamie Vardy to Fleetwood which they rejected while sticking to the £1 Million price tag. He helped Fleetwood to win the Conference title and became the top scorer in the Conference Premier with 31 goals that season under his name.

Ahead of season 2012-13, Jamie Vardy signed a three-year contract till June 2015 with the Championship club Leicester City on 18th May 2012 for a reported fee of £1 million which is around £1.7 million after the add-ons. He made his debut for the club in the first round match of the League Cup against Torquay United on 14th August 2012. Vardy scored his first goal for Leicester at the home ground King Power Stadium against Peterborough United on 18th August. He then scored his first league goal against Blackburn Rovers on 25th August 2012. Vardy established himself as one of the key goal-scorer of Leicester in the following season and took the club at the top of the Championship table. Vardy finished the season with 16 league goals and received the Leicester’s Players’ Player of the season award. He signed a new contract extension with the club on 19th August 2014 which made him stay till the summer of 2018. 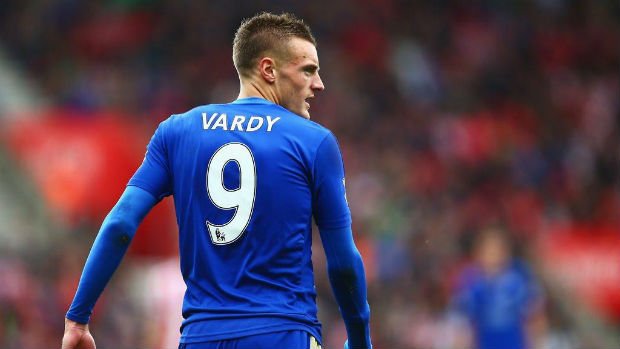 Vardy made his EPL debut against Sunderland on 8th August 2015 and scored his debut goal in the same match. He received the Premier League Player of the Month for October 2015 for his amazing performance. Jamie Vardy surpassed Ruud van Nistelrooy’s record of 10 consecutive match goals with his 11th consecutive goal against Manchester United in November 2015. He was again named as the Player of the month in November 2015 and became the fifth player ever to achieve that feat of winning the award in consecutive months. Vardy’s transfer value skyrocketed from £2.1 million to £18.8 million after the award. But he again signed a new contract extension with Leicester on 6th February 2016 with an increased weekly salary of £80,000. Vardy scored 24 EPL goals and helped Leicester to become the Premier League champion of season 2015-16. He received the Barclays Premier League Player of the Season and FWA Footballer of the Year award in 2016.

Vardy was called up for the first time on 21st May 2015 to participate in England’s friendly against Ireland and UEFA Euro 2016 qualifying match against Slovenia. He made his international debut as the substitute of English captain Wayne Rooney against the Republic of Ireland on 7th June 2015 at the Aviva Stadium Dublin, but sadly the match ended as a goalless draw between the teams. Jamie Vardy scored his first international goal from an assist of Nathaniel Clyne on 26th March 2016 in a 3-2 away victory against German national football team. During the UEFA Euro 2016 tournament, it was a widespread rumor that Vardy and Rooney had a clash which was later denied by the England team’s then manager Roy Hodgson. 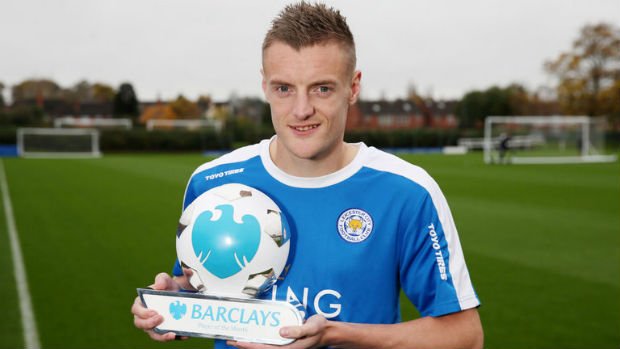 While playing the non-League football, Jamie Vardy worked as a technician making medical splints before taking football as his full-time profession. He met nightclub promoter Rebekah Nicholson in 2014 and the couple got married at the Peckforton Castle in Cheshire on 25th May 2016. Vardy is currently the father of four, two kids with his wife, and two stepchildren from Rebekah’s previous relationship.  He launched V9 Academy program to train 60 non-League players in November 2015. Food product manufacturer Walkers introduced a limited edition ‘Vardy Salted’ crisp to pay tribute to his goal scoring saga in December 2015. British writer of the ‘Goal!’ series Adrian Butchart completed a script for a movie about Vardy in 2016.

Vardy arrived at the King Power Stadium from Fleetwood Town with £1 Million worth of contract which was around £1.7 million after add-ons. But in last three years his value skyrocketed all thanks to his premier league success.  Vardy currently gets a weekly salary of £80,000 which earns him around £4.2 million per year since the EPL victory of Leicester City. He currently has a total net worth of £6 Million with £18.8 million worth of buyout clause. Jamie Vardy recently bought a luxurious house in Lincolnshire countryside which is valued approximately £2.5 million.