5 Reasons behind the immense popularity of Soccer

There’s no denying the fact that soccer is by far the most keenly followed sport throughout the world. From the English Premier League, to European tournaments, more than 90% of the countries consider soccer as their national sport, and that speaks volumes about the kind of fan following it has all over the globe. So let’s find out the reasons behind the immense popularity of Soccer all over the globe.

Reasons behind the immense popularity of Soccer

Top 5 Reasons behind the immense popularity of Soccer

People everywhere not just love watching soccer but actively bet huge amounts of money on their favourite teams/players. With the Soccer World Cup around the corner, the frenzy in the football punters is at an all-time high! Casino game developers are coming up with their own unique offerings, banking upon the popularity of this beautiful game. Betway is one such online casino cum bookmaker that not just accepts soccer bets from punters in every corner of the world, also offers a wide range of online casino games, including some of the popular soccer-based ones. Here’s a detailed Betway review for your consideration.

What do you think draws hundreds of thousands of people to this amazing ball game?! Let’s go over some well-known reasons behind its immense popularity.

Unlike other widely-followed sports such as basketball, baseball or NFL, soccer hardly requires any equipment. All you need is a ball and a bunch of interested guys, and you’re good to go!

No involvement of arms

Barring the goalkeeper, who is allowed to use his/her arms for stopping the ball, soccer is a completely armless sport. Most people aren’t as well coordinated with their legs and feet as they’re with their arms and hands. This makes soccer an even more challenging sport.

Can be played anytime, anywhere

There are several sports which are limited to certain times of the year. For instance, baseball is usually played during spring and summer. American Football on the other hand is more of a fall and winter sport. Soccer can be played anytime of the year, including fall, summer, winter and spring. You can play this ball game under the sun, in snow or even in rain.

Furthermore, soccer can be played just about anywhere. Baseball and American football require huge fields to play on; basketball can only be played on a concrete court with hoops; soccer is a game that can be played inside basketball courts, on streets, on fields or anywhere else. 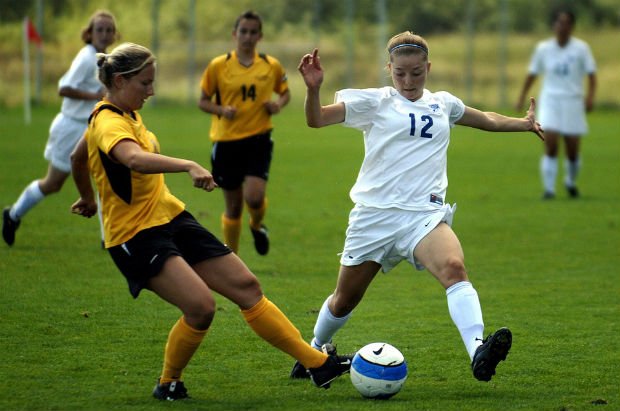 Real reasons behind the immense popularity of Soccer

Can be played by anyone

Agreed that anyone can play other sports as well, but no sport enjoys better penetration than soccer. Soccer is played by children, women and men of all age groups, nationality and race. It’s very easy to learn and even a three-year-old can play! Furthermore, there are men’s soccer leagues, youth leagues and women leagues in all parts of the world. Who doesn’t know about English Premier League or Champions League?! Yes, that’s what we’re talking about!

Basketball, American football and baseball are among those sports that come with a set of slightly difficult basic rules. When it comes to soccer, there are fewer rules and the learning process is easier. As long as you don’t use hands to touch the ball, don’t make harsh tackles and continue to avoid getting caught offside, you’re more or less set. These are the basic rules. Master them, and you’re good to go kicking!