Every August, after dutifully waiting through the barren months with no club football, we arrive at the opening weekend full of optimism for what the season holds. We find a way to watch Premier League live in order to see how our team holds up after selling and buying players, and maybe even changing managers.

After the first game, however, we make some snap judgments. Some of these turn out to be unsubstantiated fears. Chelsea, for example, looked set to end the season on the bottom of the table from that first game.

Others are proven true over the course of the season. Here are the top 10 snap judgments from opening weekend that have proven true.

1. Arsenal will be Arsenal

By the time the season started, Arsenal were still holding onto Alexis Sanchez and Mesut Ozil, despite their contracts running out at the end of the season. They had not replaced them as of yet. The opening day found a somewhat chaotic Arsenal, playing a chaotic game against Leicester City. They ultimately won 4-3 after going 3-2 behind, but all the signs pointed to a campaign of inconsistency, stubborn managerial techniques, and injury problems. In other words, typical Arsenal. Nothing has changed our minds since.

Liverpool has a forward line to be envied, and they only improved it over the break. But they never got the reinforcements at centre-back they sorely needed, and conceding 3 to Watford on opening day signalled another season of clownish defending. Dejan Lovren, Alberto Moreno, et al, have not let us down.

Manchester City were pretty good last season, but did not hit the heights of a Pep Guardiola team. Their defence, especially, needed to be shored up. Unlike Liverpool, Man City got the players they needed, and on a solid opening day got their first clean sheet of the season. It was a good sign, and they’ve only proven themselves since.

Swansea held Southampton to a goalless draw on opening day, and the uninspired forward line was unsurprising, given last season’s drab exploits and a lack of smart investment. Since then they have scored a pitiful 9 goals.

2016/17’s Man United were lacking in their killer instinct. They had one of the worst shot conversion rates in the top 6. But in bringing Romelu Lukaku to the club, they acquired one of the most adept finishers in the Premier League. He’s been struggling to score over the last few games, but the club have still been able to bag plenty of goals. 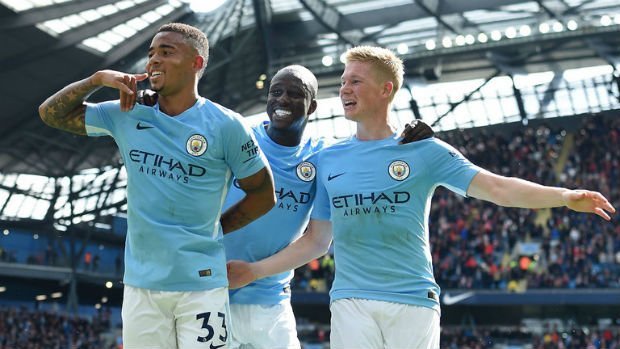 Manchester city at their best

6. Spurs would be fine

One of the big concerns of the summer break was Spurs’ lack of spending. By August they had bought no one. Fans were panicking that they’d fall apart, losing all momentum from the past few seasons. Their opening day win over Newcastle indicated they were the same team, and they’ve managed to keep the pressure on, if not top spot, the remaining places ever since.

Marco Silva faced backlash for not being English when he was brought on to save Hull’s sinking ship. He proved his doubters wrong, and was rewarded with a contract at Watford. Their opening day draw at Liverpool was a statement of intent, and Silva has thus far lived up to expectations.

Ever since the middle of Alan Pardew’s reign at Crystal Palace, they’ve not looked long for this league. Their 3-0 opening day loss at home to Huddersfield indicated that their time was up, and they’ve been dreadful – except for a shock win over Chelsea – ever since. They’ve still scored only four goals all season.

West Ham were thumped 4-0 by Man United on the opening day. Slaven Bilic already looked like a shoe-in to be the first manager to lose his job. While he managed to miss that ignominy, he was eventually sacked after a 4-1 defeat to Liverpool.

The opening day did not disappoint us with sparsity. While there was one 0-0 draw and two 1-0 wins, the other 7 games gave us 29 goals. Not a bad start to a season with the Manchester teams thumping the dross at the bottom.